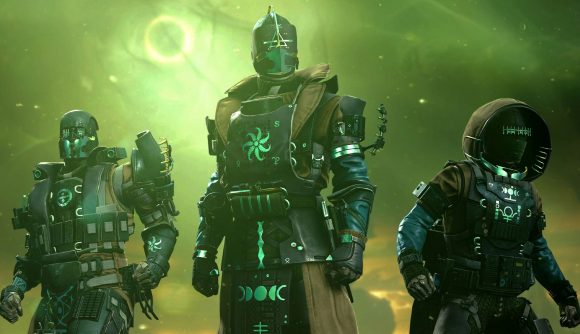 Destiny 2’s Witch Queen expansion has been out for a while now, and most Guardians have battled their way through the campaign, finished the raid, and are now left with weekly quests to tide them over until Season 17 releases. But Bungie has now announced some interesting changes up their sleeve for the new season, which is due in just over a week, and that includes prominent changes to how the hardcore PvP mode Iron Banner will be played.

According to a new Bungie blog post, Power level is being disabled in Iron Banner, in an effort to make the mode more friendly to newer players. That isn’t the only Iron Banner change, however, as the post also states that Bungie is changing Iron Banner from the Control gamemode to Rift, a returning fan-favourite that’s been much asked for by the community.

A new map called Disjunction will also be introduced for the new season, and it’s been made specifically with the new Rift mode in mind. “It is one of our largest maps yet, but features areas that are made for different combat styles, particularly short, mid, and long-range combat,” the post says. The map has a base at each end with three lanes connecting them, and “takes place in the swampy Pyramid area of Savathûn’s Throne World.”

Traditionally, Iron Banner has been a PvP mode that doesn’t balance players’ Power level, meaning whoever has a higher level has an advantage. Power levels will still play a part in Trials of Osiris – the other end-game PvP mode – as the mode remains unchanged.

For Season 17, Bungie is also going to be shaking up how you earn Iron Banner reputation by removing tokens and replacing them with a new ranking system. The new season will also bring with it a new event called Cosplay Cosmodrome, which asks members of the community to dress up like Savathûn.