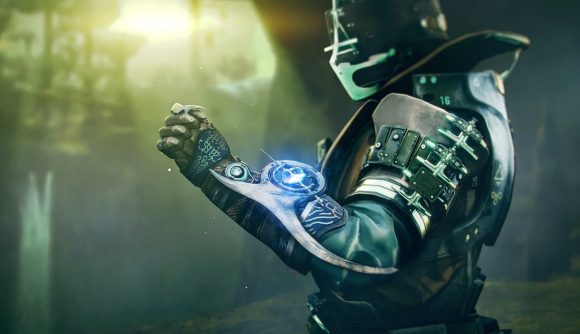 Destiny 2 is committing to a lot of upgrades and reworks this year throughout The Witch Queen expansion, with Season 16, 17, and 18 all delivering 3.0 reworks for the Light subclasses. But that’s not the only area where Destiny 2 players want to see improvements, with a group of fans agreeing that the game’s Exotic armour needs an overhaul too.

It’s no secret that there are only a handful of truly useful or meta Exotic armour pieces in Destiny 2 in each of the three classes, and because of this, a Reddit post calling for an “Exotics 3.0” rework has gained traction.

While the post by Redditor ‘Yollon’ uses Hunter armour pieces as examples, and is mainly in reference to PvE content, it has been met by overwhelming agreement by Titan and Warlock players too. The main gripe is that too many of the dozens of Exotic armour pieces come with outdated or underpowered perks that no longer have relevance or impact, and that a sweep of the Exotic armour collection could make many of them viable again.

“You get reminded of how many bad Exotics we have when you grind a [Legendary] Lost Sector,” says one Redditor, “mainly because you keep getting the useless ones over and over while the one you want never drops or drops with a horrible roll and distribution.”

“Exotics do get changes overtime, but it’s just a really slow and painful wait for most,” says another, although they concede that some Exotics did get excellent changes alongside the Solar 3.0 rework.

Some even call for Exotic weapons to be included in this theoretical overhaul too, with plenty of older gold-tier weapons also falling into disuse.

Bungie has done a pretty decent job in reworking and rebalancing Void and Solar so far with their respective 3.0 reworks, and there are various viable builds that you can now make thanks to their overhauls. Arc will no doubt be the same next season, but that leaves one final season at the end of The Witch Queen where players think Bungie should drop an Exotic armour rework too.

This would be a considerable undertaking, especially when you consider it would have to follow the three subclass reworks, but it’s clearly something players want to see. Whether you’ll see it by the time The Witch Queen wraps up, however, is another thing entirely.