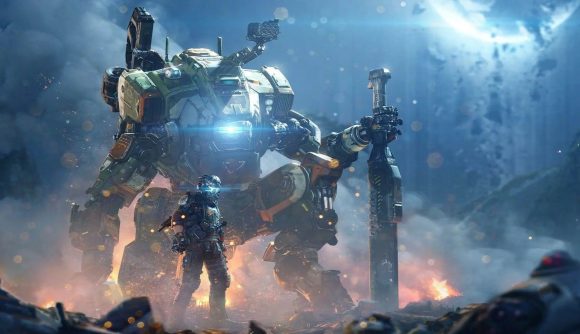 We’re all fans of grinding the Apex Legends ranks these days, but how much do you actually know about the world behind the battle royale? Well, thanks to a thrifty saving online, you can finally dig into the lore and explore Titanfall 2.

After scouting around for a couple of deals today, we’ve noticed Amazon US has currently got digital codes for Titanfall 2: Ultimate Edition on Xbox discounted by a massive 90%, allowing fans new and old to pick up the cult classic for a mere $2.99.

If you’ve never played Titanfall 2, its a first-person shooter where you and your Titan (BT-7274) buddy up to take down a group of mercenaries that are threatening the continuation of the Frontier Militia faction. As Jack Cooper, you use your weaponry, and the abilities of BT to traverse thrilling levels and take down your enemies whether it is up in the clouds on airships or deep in manufacturing plants..

The movement in Titanfall 2 will feel quite familiar to seasoned Apex Legends players, with the battle royale taking inspiration from the game’s fast-paced action and wall-running abilities.

But what’s included in the Ultimate Edition? Well, loads of skins, XP tokens, and callsigns that can be used in multiplayer, but also a Jump Start Pack that instantly unlocks all Titan and Pilot classes.

In other words, it’s a cracking little saving for a great game that didn’t get the attention it deserved on launch.