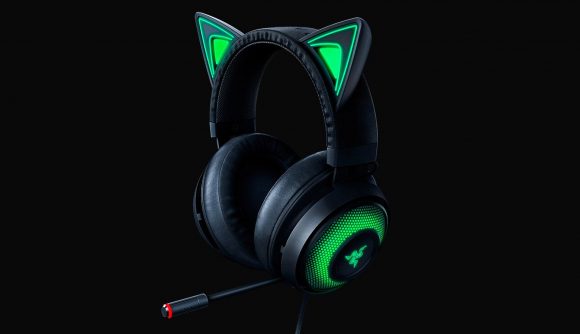 There are a number of considerations that have to be made when choosing the best gaming headset for you. Elements such as build quality, comfort, battery life (if you’re going for a wireless model), and of course audio fidelity must all be factored in. For some, a headset’s aesthetic is also a major draw, which is why this week’s top deal is purrfect for those looking for something a little different.

For those who are more interested in the Quartz Pink edition, you’re in luck. Amazon UK has also dropped the price on this distinctive headset to £119.99, down 30% from £169.99. While it currently appears to be out of stock on the US store, we would not be surprised to see them also return a whisker cheaper than usual.

Razer’s Kraken Kitty headset supports full THX Spatial 7.1 surround sound, ensuring total immersion while you play. Additionally, the Kitty sports some of the more premium build features found in modern headsets, such as a bauxite aluminium frame to help ensure durability, as well as cooling gel ear cushions to maximise comfort during even the longest sessions.

For streamers looking to add that extra dimension to their setup, Razer’s Chroma RGB lighting is built into not only the earcups, but into the ears themselves. The lighting can even be set to react to your stream, providing your audience with that extra bit of pizzazz every time a new follower pops up in chat.