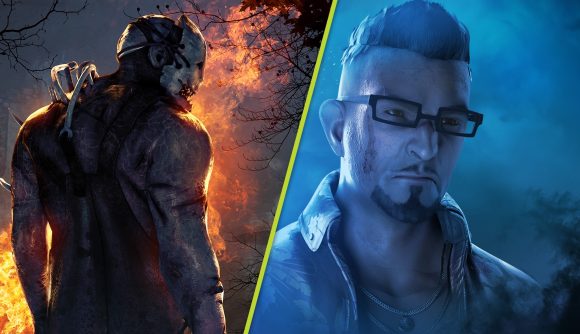 Dead by Daylight has been adding more and more new content lately, with Sadako from Ringu being the latest killer to drop, but the game is set to diversify its cast even further by adding a new LGBTQIA2+ character.

According to a press release from Behaviour Interactive, “Many fans longed for more representation within the game and expressed the need to identify with their favourite characters and they will be thrilled to dig through the 11th Tome of the game’s Archives: DEVOTION.”

The new content will be focused around the memories of The Twins and Survivor David King as he struggles to come to terms with his homosexuality. “Since his introduction in Dead by Daylight, Survivor David King quickly became a fan-favourite,” the press release says. “While a fragment of his pre-Fog life was previously revealed, there remained much to uncover. Throughout DEVOTION, fans will discover, that part of his personal struggles revolve around accepting his own identity and sexuality. David’s memories will take players in a pub, where a conversation about romantic relationships leads him to speak more about his personal life, including a past boyfriend.”

The team at Behaviour are trying to bring inclusivity and representation to the fore with this latest update, and to achieve this, they consulted with GaymerX, “a consulting organisation dedicated to providing best practices for integration of LGBTQIA2+ themes into established games.”

“Representation of diversity in entertainment matters, so it was important for us to take time and to surround ourselves with experts in order to do things properly,” creative director Dave Richard says. “We’re very humbled that Dead by Daylight has developed into a space where players from various communities around the world feel free to be themselves. We’re committed to providing fun and diverse content to our fans, and we thank them for continuously sharing their insight on the themes that resonate with them.”

Tome 11: DEVOTION will bring a collection of new unlockable outfits to the game and will be available April 28.