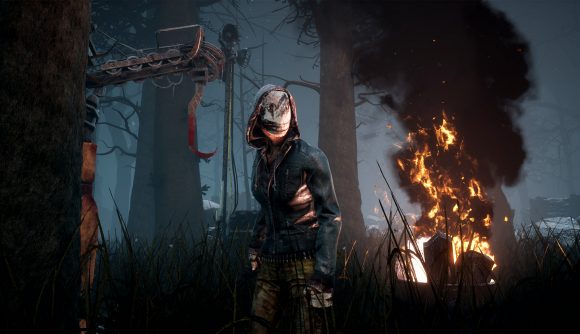 Dead By Daylight developer Behaviour Interactive has revealed that a colourblind mode is currently in the works for the popular survival horror game. The feature was revealed after the studio apologised for dismissive comments made by one of its developers regarding the community’s demand for it.

In a clip uploaded to Twitter, the developer states that it’s “really boring just blabbing about colourblind mode all the time,” and that “continuing to badger us about it isn’t going to change anything.” The clip was brought to the attention of Able Gamers COO Steven Spohn, who swiftly reached out to the studio for a response. “If you’re tired about ‘being badgered’ about it, imagine how tired people are of not being able to play your game because it’s inaccessible to them,” he says.

The DBD team subsequently thanked Spohn for bringing the issue to its attention, stressing that “this is not indicative of the views of the team, and we deeply apologise for any frustration or harm this may have caused.” It then revealed that, contrary to the dev’s statement that a colourblind mode would only materialise “if somebody decides that it’s something that should be done,” one was already well in the works.

While a release date for the feature has yet to be set, the studio states that it wants to ensure that it is “done the right way, so while we are hoping to get this into the next major release, we are unable to commit on the release date just yet.” Screenshots of the work in progress can be seen below.

Spohn later followed up with a query about the ableist “REEE” emotes which had originally been added to the game earlier this week, to which the studio responded that “we weren’t aware of the connotations at the time, and we don’t want to cause anyone distress over an emote. We’ve gone ahead and removed the emote and replaced it with a different one entirely.”