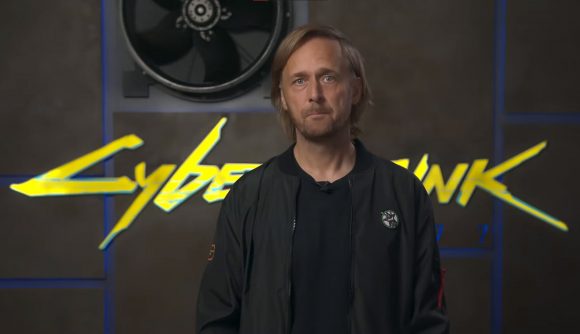 Cyberpunk 2077 developer CD Projekt Red has once again acknowledged its failures with regards to the game’s last-gen console performance, apologising once more to fans while sharing the studio’s roadmap in a new blog post.

In the accompanying video, Marcin Iwiński, co-founder of CDPR, pleas that fans do not blame the development team for the game’s failings, stressing that the decision to launch the game was made by himself and the studio’s board of directors. Iwiński acknowledges that, despite the PC version of Cyberpunk 2077 releasing to an acceptable standard, its last-gen console versions failed to hit the mark. “I assure you we will do our best to regain your trust,” he states.

While musing on where the studio went wrong, Iwiński admits that, rather than developing Cyberpunk with last-gen consoles in mind first and foremost, CDPR prioritised the PC experience with the scope to scale down and bridge the hardware gap later. This ultimately became a much bigger task than the studio anticipated.

The “main culprit” of this challenge, according to Iwiński, came through the team having to continuously develop its streaming system – the design element which passes the data you see on-screen to the game’s engine – to play nicely with the bandwidth restrictions on old-gen hardware. He further says that testing did not highlight many of the issues in the final game, leading the studio to believe that it would deliver a finished product with its day zero patch.

Dear gamers,
Below, you’ll find CD PROJEKT’s co-founder’s personal explanation of what the days leading up to the launch of Cyberpunk 2077 looked like, sharing the studio’s perspective on what happened with the game on old-generation consoles. pic.twitter.com/XjdCKizewq

With regards to the delays in sending out review keys for the console versions of the game, Iwiński stresses that this was to allow for the continued work on the day zero patch to hopefully bring those versions up to par with the PC version. He also cites complications due to the ongoing pandemic.

Iwiński finally pivots to the future of the game, outlining CDPR’s roadmap on both PC and consoles. “Please expect bigger and smaller patches on a regular basis,” he says. Patch 1.1 is due to drop this month, with another, larger patch 1.2 scheduled for next month. “We will of course continue to work on the game in future updates and improvements beyond that – our big plans for supporting Cyberpunk in the long term did not change.” This is reflected in the free DLCs set to be launched later this year, with Cyberpunk’s free next-gen console update landing in the second half of 2021.

Signing off, Iwiński reiterates that “the guiding principles of our company are still core to what we do.” The pressure is now firmly on the Cyberpunk team to deliver on these promises, while the Polish Office of Competition and Consumer Protection (UOKiK) continues its investigation of the company.