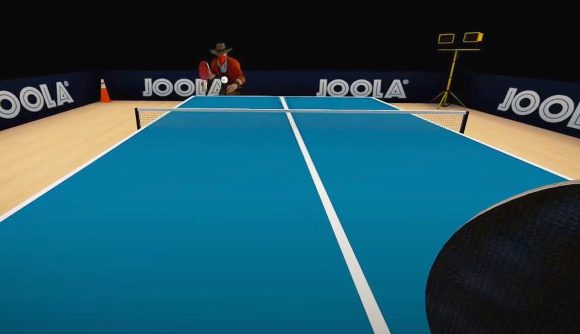 The Steam Workshop can be a strange place sometimes. And when the description of an add-on or map reads: “I don’t know why I did this but it’s quite fun,” you know you’ve probably stumbled across something super strange.

Well, guess what. You can now swap your AWP for a paddle if you so desire, because one creative fan has made a new table tennis mode for Counter-Strike: Global Offensive. As featured in TL;DR, Reddit user Imaniakk posted a video of his weird creation, which is already the fifth most popular map on Workplace at the time of writing,  that sees Terrorists and Counter-Terrorists aim to serve, spin, slice, and smash their way to points. Well, there might not be that much control over your paddle, but it still looks a good laugh.

Over 31,000 CS:GO players have already subscribed to Imaniakk’s table tennis mode and around 12,000 have upvoted his Reddit post.

This ping pong mode is the latest in a long line of Imaniakk’s whacky CS:GO creations, which have previously included versions of chess and card game Uno, as well as ‘Golf on de_Cache.’