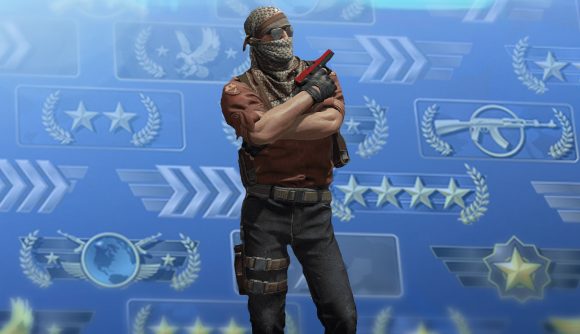 If you’ve not been keeping a close eye on the Counter Strike: Global Offensive blog, then you might be confused as to the whereabouts of your in-game rank. In the latest update, the CS:GO ranks have just been recalibrated and while it might look like Valve has just reset everyone’s skill group, don’t panic, because that’s not the case.

The CS:GO ranks recalibration update has just come after what appears to be the biggest ban wave in the game’s history, with Valve attempting to make the competitive FPS game that little bit more competitive again. “Typically when we ship changes to CS:GO’s ranking system, the adjustments are small enough that we don’t include them in our patch notes,” Valve says in the blog. “However, today’s update affects all CS:GO players so it requires some explanation.”

Now, all players looking to get back on the competitive grind in any of the game’s core modes (Competitive, Wingman, and Danger Zone) will need to play and win one game to recalibrate their ranks. Once the win has been registered, your MMR will be calculated and you’ll be placed back into one of the many skill groups in the game.

The majority of players will notice a change in their rank, according to Valve, but there will be the odd player who’ll find themselves exactly where they were before the update. This is intended, apparently.

This isn’t the first time Valve has recalibrated the CS:GO ranks. In 2016, Valve “repaired” the ranking system in its Winter update, resulting in many players dropping drastically in the ranking system. Players who were Legendary Eagle Master, for example, ended up as a Master Guardian of some sort.

Several players on Reddit have been sharing their ranked stories and while there have been some big gains and losses, the gains appear largely to be in smaller regions like OCE. However, we won’t know how far reaching the calibration effects will be for a few weeks yet.

Either way, this is a welcome move by Valve. Players have long reported discrepancies in the ranking system and while it’s a pain to have to fight for your position once again, it’s good to see Valve taking a stand on promoting competitive integrity across the board.