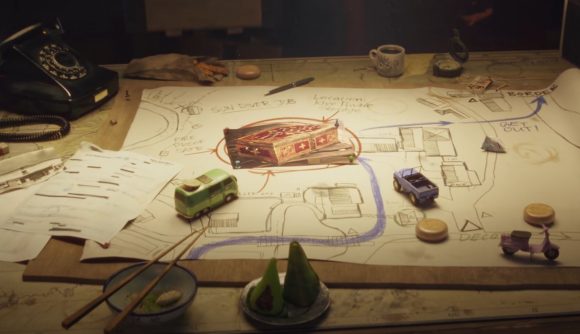 With the 2022 Xbox and Bethesda Games Showcase fast approaching, predictions and rumours around which games will be getting shown off during the event are everywhere right now. Well, you can add this one to the list too, as a recent trademark application suggests that we’ll be getting another look at open-world co-op game Contraband.

Developed by Avalanche Studios and Xbox Game Studios, Contraband was first revealed during 2021’s Xbox and Bethesda Showcase with a short (but funky) announcement trailer. Since the initial flutter of excitement following its reveal, we’ve had next to no information or updates on the co-op heist experience, which will be set in the 1970s in southeast Asia. Earlier this year, one insider claimed that Contraband would be getting a gameplay trailer at the upcoming showcase, and a June 6 trademark application from Microsoft could back that up.

As spotted by Aggiornamenti Lumia, Microsoft’s latest trademark application is for the name Contraband, and its intended use is for “game software”. With its close proximity to the Xbox and Bethesda Games Showcase, it’s highly likely that this is in relation to the upcoming game, which is being developed by the team behind Rage 2, Just Cause, and the Mad Max game.

As well as being an Xbox exclusive, Contraband will also be hitting Xbox Game Pass on day one.

While we don’t know a Contraband release date just yet, if we do see some kind of gameplay or new trailer during the showcase, there’s a strong chance some form of release window or a solid date will be bolted on the end.

The Xbox and Bethesda Showcase will air on Sunday, June 12, and a follow-up show with extended looks at some of the featured games will arrive a couple of days later on June 14. So, if the game does appear on June 12, we might get a deeper look just a few days later.