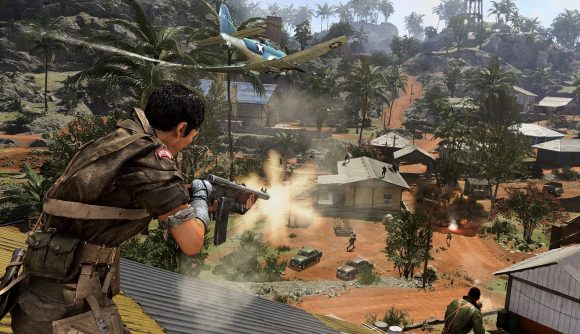 Members of staff at Raven Software, the Activision Blizzard studio currently leading development and maintenance of Call of Duty Warzone, are to stage a walkout later today, December 6. This is in response to several quality assurance contractors being laid off, which walkout organisers say endangers the health of Raven Software.

In a statement sent to various media outlets and reposted by the A Better ABK Workers Alliance, the group of staff members organising the walkout says that it has one demand of Raven’s management: “Every member of the QA team, including those terminated on Friday [December 3], must be offered full time positions.”

“Those participating in this demonstration do so with the continued success of the studio at the forefront of their mind,” the statement also reads. “The Raven QA department is essential to the day-to-day functioning of the studio as a whole. Terminating the contracts of high performing testers in a time of consistent work and profit puts the health of the studio at risk. Additionally, these actions go directly against the positive culture that Raven has created over the years.”

The group also explains in its statement that earlier in 2021, Raven Software told staff that “positive departmental changes” were in the pipeline. This included a pay restructure, which would see QA testers earn better money. However, cuts to the department were seemingly never billed as a consequence of this restructure.

On the day the layoffs were announced last week, a community manager for Raven Software staff said that many of the people being let go had recently moved to be closer to Raven’s headquarters in Wisconsin as the studio was set to return to office working. Many of these have moved only to now be told they are being laid off. This was echoed by the walkout organisers’ statement.

“Several of those who were let go recently relocated to Wisconsin in anticipation of the return to in person work. They did so without relocation assistance from Raven, due to reassurances from the studio that their workload was consistent. Call of Duty: Warzone, which recently announced the release of a new map and integration with the Call of Duty: Vanguard title, earns $5.2 million per day.”

The termination of high-performing testers, while workload and profits are soaring, is an unacceptable action by the company and contradicts Raven’s goal of being an exemplary workplace in our industry.

Those told that they were being let go will continue to work for Raven until January 28.

This walkout will happen around 48 hours before Warzone’s new World War Two-era map, Caldera, is added to the game, along with dozens of weapons and cosmetics from Call of Duty Vanguard.

Activision Blizzard-owned studios have staged a number of walkouts recently, but this is the first to not be directly related to the ongoing sexual misconduct and discrimination investigation at the company.