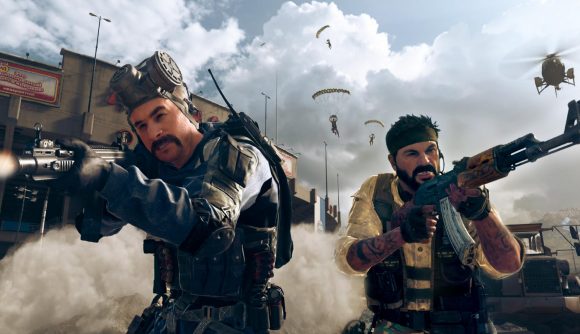 After weeks of strikes at Call of Duty Warzone developer Raven Software, a group of workers in the studio’s QA department is now planning to form the first workers union at a major game developer.

The group, which is called Game Workers Alliance, is unionising with the Communication Workers of America (CWA) and is calling for Activision Blizzard to voluntarily recognise the union which, according to Polygon, has the “support of the supermajority of Raven Software QA workers”. This equates to 78% of the eligible workers in the team. According to The Washington Post, the union has 34 testers and cited layoffs, overtime, low pay, expectations to relocate, and the toxic culture at Activision Blizzard as their motivations behind unionisation.

The group has also listed out its principles on its Twitter account ‘WeAreGWA‘, which include the workers’ voices being heard by the leadership at the company and “realistic timelines and plans to achieving sustainability in the games industry”.

Other key tentpoles of their principles include appropriate compensation for their work, career development opportunities, and transparency from their leadership. The full list of principles can be found on the group’s Twitter page.

Activision Blizzard has told Bloomberg that it is “carefully reviewing the request for voluntary recognition from the CWA, which seeks to organize around three dozen of the company’s nearly 10,000 employees.”

-Solidarity: The voices of workers should be heard by leadership. By uniting in solidarity, we can ensure our message is further reaching, and more effective. (1/8)

In a news release, Raven QA tester Becka Aigner says: “Today, I am proud to join with a supermajority of my fellow workers to build our union. In the videogame industry, specifically Raven QA, people are passionate about their jobs and the content they are creating. We want to make sure that the passion from these workers is accurately reflected in our workplace and the content we make.”

Aigner goes on to say that “a collective bargaining agreement will give Raven QA employees a voice at work, improving the games they produce and making the company stronger. Voluntary recognition is the rational way forward.”

This news comes as Activision Blizzard is set to be acquired by Microsoft sometime before June 2023. Bobby Kotick, the CEO of Activision will retain his position until the deal closes, with reports suggesting he will exit the company soon after.