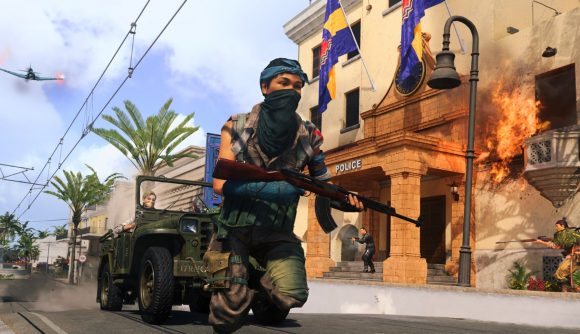 Call of Duty Warzone developer Raven Software has pledged to fix what it sees as a major issue to one of the battle royale’s “core pillars” – but it’s not really what anyone was expecting.

In a tweet, which comes less than 48 hours before Warzone’s mid-Season 1 update is expected to roll out, Raven identified an “overabundance of cash” as an issue that needs addressing in a future update. “The cash economy in Warzone is one of the core pillars of the experience,” the tweet reads. “With that in mind, we recognise that the current experience lends to an overabundance of cash. We’re working towards a more balanced approach. Updates will come as we hone in on a solution.”

This came as a surprise to players, as this has not really been something the community has expressed concerns about recently. It could however hint that the controversial decision to disable loadout drops until the first free loadout drop appears could get reversed as Raven looks at the in-game economy. This is certainly what some of Warzone’s biggest content creators have been asking for in response to Raven’s tweet.

Tyler ‘TeeP’ Polchow says: “Maybe if we could spend 10K early game on something that would help”, which is supported by loadout and weapon stats guru ‘JGOD’.

In response to TeeP, Raven says that the “multifaceted” issue of loadout drop pacing is being looked at, but suggests that Warzone’s cash issue is caused by more than just the cost and timings of loadouts.

“We’re aware of feedback regarding the Loadout adjustment, both for and against the change – so the pacing of this is being reviewed,” Raven explains. “That said, player’s are accumulating more cash than intended over the course of the entire match in both Plunder and Battle Royale modes.”

Regardless of what the change will be, it looks almost certain that it won’t be happening as part of Warzone Pacific Season 1’s mid-season update.