Season 3 of Call of Duty: Black Ops Cold War and Warzone is a big one, especially for the latter. After months of speculation, leaks, and teasers, big map changes are hitting Warzone in what is the biggest shakeup since the addition of Rebirth Island as a standalone battle royale experience.

Verdansk looks to be getting a big makeover in Season 3 as we will reportedly be going back in time to a Cold War-era, USSR-controlled version of the fictional city. While usually it’s industry insiders or gaming journalists that get the scoop on these kinds of things, this was actually leaked by a hip hop news account, as the images of Cold War Verdansk featured in a half-edited commercial for Warzone, featuring a number of famous rap artists.

While we’ll find out for sure what changes are coming to Verdansk after the Warzone Season 3 event (which spans April 21 and 22), footage from the commercial did give us some glimpses of what the map will look like and what changes have been made.

While this guide serves as speculation right now, we’ll update this with all the changes we can find come the start of Season 3.

Is Verdnask being nuked in Season 3?

It’s pretty likely that as part of the Season 3 event and the transition to a new-look Verdansk, the current map will be getting destroyed. With the zombie outbreak taking over and missiles currently flying overhead in the game, all signs are pointing towards the annihilation of Verdansk as we know it.

This is not confirmed, but all of these teasers should tie in to the in-game event that ushers in Season 3 and all of those map changes. 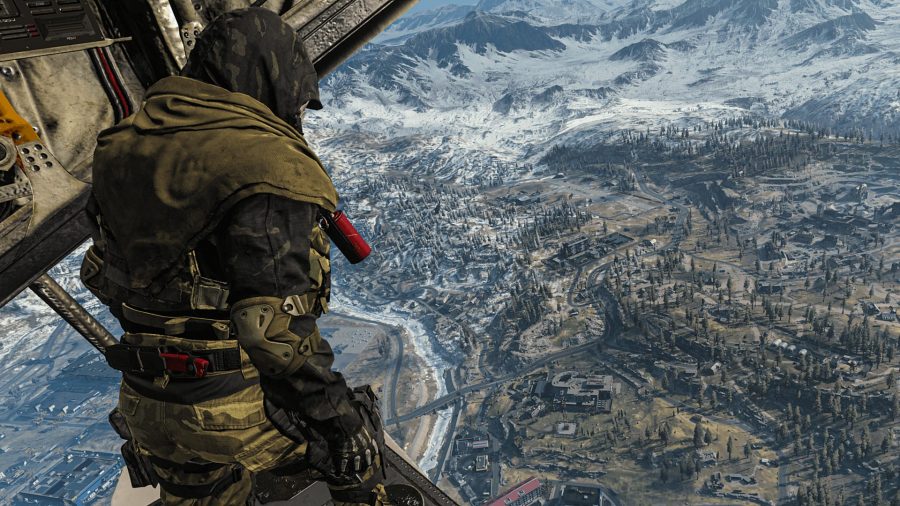 As initially leaked by On Thin Ice and backed up by VGC, we appear to be getting a Cold War-era Verdansk in Season 3 with many changes and new locations compared to the current map.

Here are some changes and new points of interest that were spotted in the commercial leaked by On Thin Ice.

While only shown for a brief moment, the huge shell of Verdansk’s stadium is gone as in this 1980’s version of the city, its construction is only just beginning by the looks of things.

Dam has been replaced

In the north of the city, the towering Dam is gone and along the same footprint lies a tall aqueduct instead. While you’ll potentially be able to travel over the top of it, as you can now with Dam, the frozen lake behind Dam will be replaced by standard rock face and grassland.

There’s only a very quick shot of this, but a private jet looks ready for boarding at Verdansk Airport, and we’re not seeing any signs of destruction. The Airport in current Verdansk has the roof caved in and craters litter the runway – but no signs of that in the leak.

In the commercial the camera pans over a brand new location on the map, which looks to be a Duga radar array very similar to the one featured in the final campaign mission of Black Ops Cold War, Ashes to Ashes.

This appears to be on the eastern side of the map, as the camera pans over what looks to be the WHP Humanitarian Camp before fading into the new location.

Those were all the big changes to Warzone’s map we spotted in the commercial, but there’s likely dozens more awaiting us in Season 3.