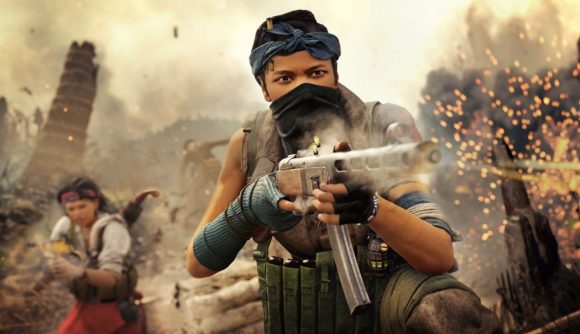 Activision has filed a lawsuit against one of the biggest cheat providers for its Call of Duty titles, EngineOwning, alleging that its practises cause “immediate, massive, and irreparable” harm to the company’s reputation and the communities that enjoy Call of Duty games.

EngineOwning, which is based in Germany, currently offers various cheats such as wall hacks and aimbots for players to use in several CoD games, including the free-to-play battle royale Warzone. Activision also claims the cheat provider is working on cheats for another multiplayer game within Activision Blizzard’s portfolio in Overwatch.

According to the lawsuit, which was filed to the Central District of California court, Activision “seeks to put a stop to unlawful conduct by an organisation that is distributing and selling for profit numerous malicious software products” that give players an “unfair competitive advantage”. Activision says it is “entitled to monetary damages, injunctive and other equitable relief, and punitive damages” against those operating EngineOwning.

While Activision says that the amount of damage caused to it – and also the amount EngineOwning has gained – will be “proven at trial”, it alleges that the German company has made “hundreds of thousands of dollars, or more” from its Call of Duty cheats service.

By Activision’s own estimation, its own financial losses due to EngineOwning’s distribution of cheats could equate to “millions of dollars”. This would stem from lost in-game revenue due to players leaving or choosing not to support the game because of constant encounters with cheaters, as well as Activision providing more resources to combat the problem.

Activision also claims “tens of thousands” of infractions of its Terms of Use have occurred due to players using EngineOwning’s cheats, which is a good indication of the large scale of operation the cheat provider is operating.

As well as providing cheats for Call of Duty titles, EngineOwning’s website also shows cheats for other popular shooters like Halo Infinite and Splitgate.