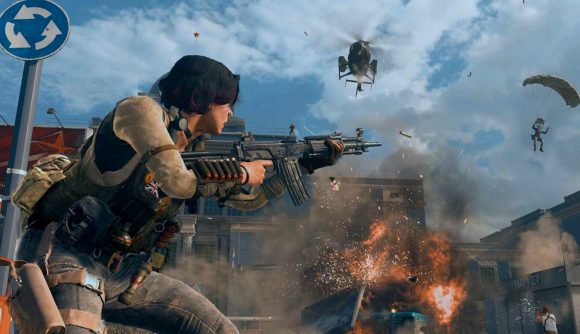 After teasing that more balancing changes were coming, Raven Software has today revealed which of the best Warzone guns are getting buffed and nerfed.

The developer says in an explanation of today’s changes that it believes it is “close to a ‘balance homeostasis’” where the majority of the battle royale’s weapons are viable, and that the final piece of the puzzle is to address the guns with the quickest time to kill stats. “The following balance changes are part of our ongoing efforts to raise TTK or at least the individual skill required to reach extreme ones,” Raven says. “We ask that you consider these changes not as targeted attacks, but rather as part of a larger initiative to raise the skill ceiling.”

As was teased by Raven beforehand, the CR-56 AMAX – arguably the game’s strongest assault rifle – has been hit with a nerf, but not necessarily as extreme as some predicted. The only thing to change with the AMAX is its damage stat, which has been reduced by just one point from 32 to 31. This could mean that your best AMAX Warzone loadout still remains a strong choice, but you may notice enemies dropping with a couple more bullets than before.

Another meta gun to get a nerf is the FARA 83. The assault rifle’s impressive movement and ADS stats have seen it used as a faux SMG in Season 3, while still boasting the damage of an AR. Raven has sorted this by reducing the headshot multiplier from 1.5 to 1.35 and decreasing base ADS move speed by 7%. Again, the changes aren’t so big that it will fall into irrelevancy, but it won’t be as strong as it once was.

The troublesome Streetsweeper shotgun has also been tweaked, with nerfs to recoil and ADS speed. It’s also been removed as floor loot in Warzone.

The Bullfrog, an SMG that has seen a spike in popularity in recent weeks, has also had some tweaks. Raven may have decreased its damage output from 34 to 32, but it has also improved some aspects too. Maximum damage range has increased by 11%, movement speed is up by 1%, and sprint out speed is increased by 13%.

The Season Three notes have been updated (see **May 7th – Update): https://t.co/IeZQAgkEqI

Screenshots in thread below.

There’s also a surprise buff to the PPSh-41, with Raven wanting to “push the PPSh-41’s identity in a way that continues to diversify it from its competition.”

There’s also a blanket nerf to some stock attachments, with some big movement speed reductions to all weapon classes that aren’t SMGs. Raven is concerned that ARs and LMGs can fill the role of SMGs too easily, thus guns like the FFAR and the already nerfed FARA may suffer considerably from this.

The full patch notes can be found here, but those are the headlines. While the weapon nerfs will be the focus for many, it’s the big nerfs to stocks that will arguably make the biggest difference to the current meta.