Call of Duty Vanguard is here and we have now seen all the weapons that are in the game at launch, across both primary and secondary weapons. Set in a number of key World War 2 battles, Call of Duty Vanguard features weapons from the era, realistically recreated for consoles and PC.

Thanks to an early look at the game some of these were revealed ahead of time and we learned about most of them in the alpha and beta which took place ahead of release. With a diverse set of weapons built for all kinds of players there is a lot of variety across the dozens of choices you have.

Featuring some unique World War 2-era weapons, and classics from the time period, Call of Duty: Vanguard has a broad selection of weapons for players to fight with across the campaign, multiplayer, zombies, and even eventually Warzone when it integrates with the battle royale in December.

Here’s are all the Call of Duty: Vanguard weapons inthe game. 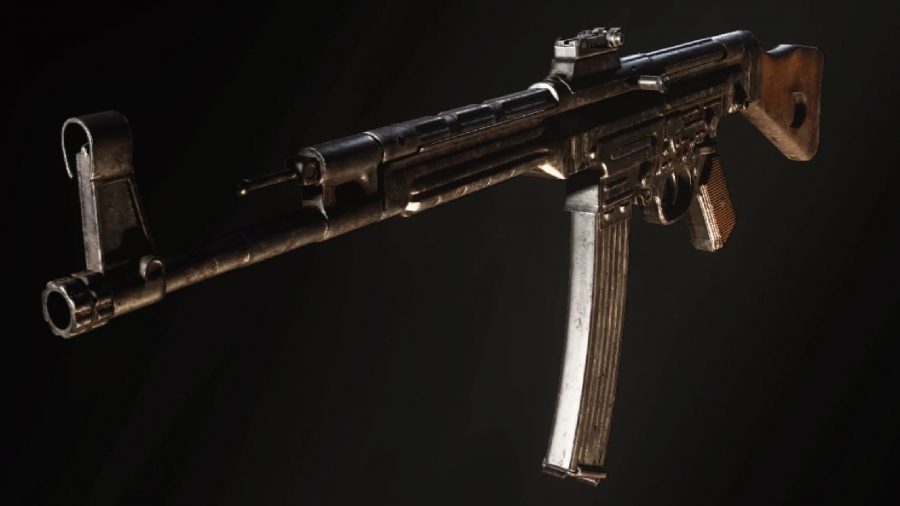 A fan-favourite from Sledgehammer’s previous game, WW2, the STG-44 is back for Vanguard. It was featured as one of the weapons in the Champion Hill alpha.

With solid firepower and accuracy, the automaton is a trust weapon when taking on opponents in multiplayer and perfect for lining up headshots in zombies.

The Itra Burst is one of the only burst weapons in the game and is a four-round burst rifle. It is accurate and precise so will be handy to have if you want to engage from a longer range.

Another powerful assault rifle in Vanguard is the BAR. It’s a high-damage, slow-firing AR that caused havoc in the Vanguard alpha with its explosive rounds attachment.

The AS44 is one of the fastest firing weapons in Vanguard and as such can be great up close. You will definitely want this weapon in your loadout when playing on some of the smaller maps in the game.

The NZ-41 is another trusty fully automatic rifle that adds to the diversity of Vanguard’s weapons thanks to its unique design and shape.

The Volkssturmgewehr is the best assault rifle in the game when it comes to speed and fast movement. If you plan to be moving around the map a lot, then maybe pay attention to crafting a loadout for it. 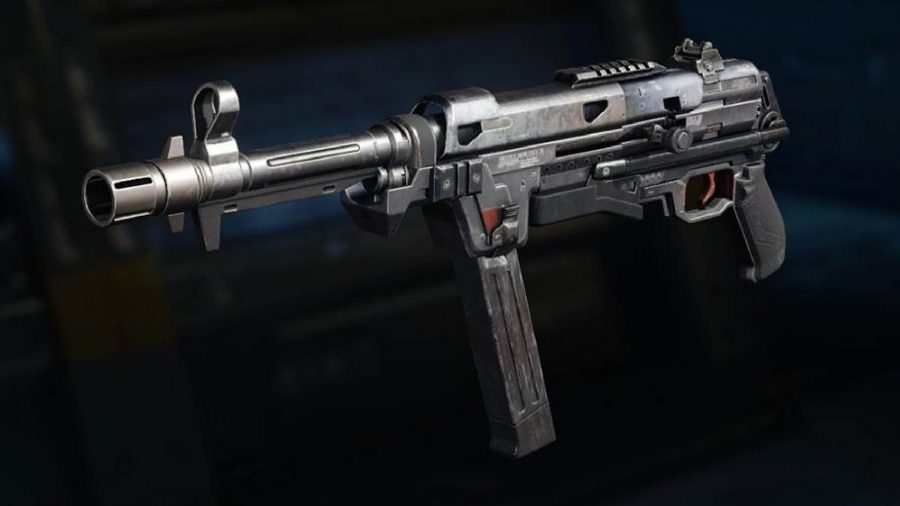 A classic weapon from the era, the MP-40 returns in Vanguard with its trademark design and fire-rate, pinpoint accuracy, and mechanical sound.

With its side-loaded box mag, the Sten is a pocket-sized SMG that packs a punch. It’s accuracy also manages to impress despite its fast firerate.

Iconic for the era, the M1928 – known also as the Thompson or Tommy Gun – is back once again. In Vanguard, it will be just as formidable as it has been in past CoD games with a fast-fire rate and large magazine.

The Owen Gun is a high-caliber SMG built for medium ranges. If you prefer to fight from a distance then it might be worth looking into this weapon and forming a class around its strengths.

This Japanese submachine gun is a tried and tested weapon that performs well at longer ranges for a sub-machine gun and can reliably have you back in a gunfight.

Another classic World War 2 weapon in Call of Duty: Vanguard is the PPSh-41. Used by the Soviet’s, the large magazine makes the weapon a reliable choice for pumping bullets into your opponent in multiplayer. It will also be familiar with those that have played Black Ops Cold War and Warzone. 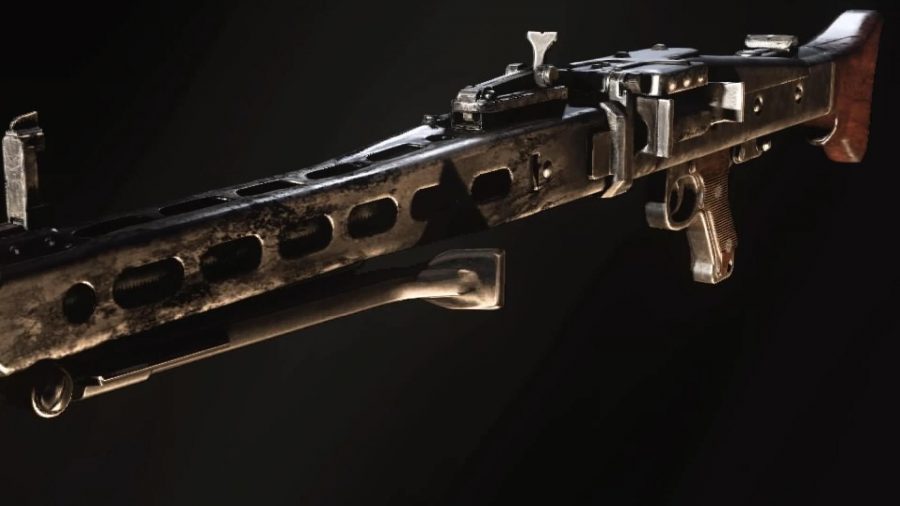 The bulky and hefty MG42 is a German weapon that was arguably the strongest gun in the Vanguard alpha. When maxed out with all the attachments available in the alpha, it boasted a ridiculous magazine size of 250 bullets.

Known by some Call of Duty players as ‘the dinner plate gun’, the DP27 has been found in past CoD games as the alternatively named DP-28. This is an accurate LMG, perfect for those who play Vanguard at a slower pace.

The second Japanese weapon on this list, the Type 11 was used in many wars including World War 2. In Vanguard the gun will no doubt be widely used due to its accuracy and steady fire rate.

The classic BREN returns in Vanguard with its unique vertical magazine. With a significant punch behind it, the BREN will lay down some firepower when sustaining fire. 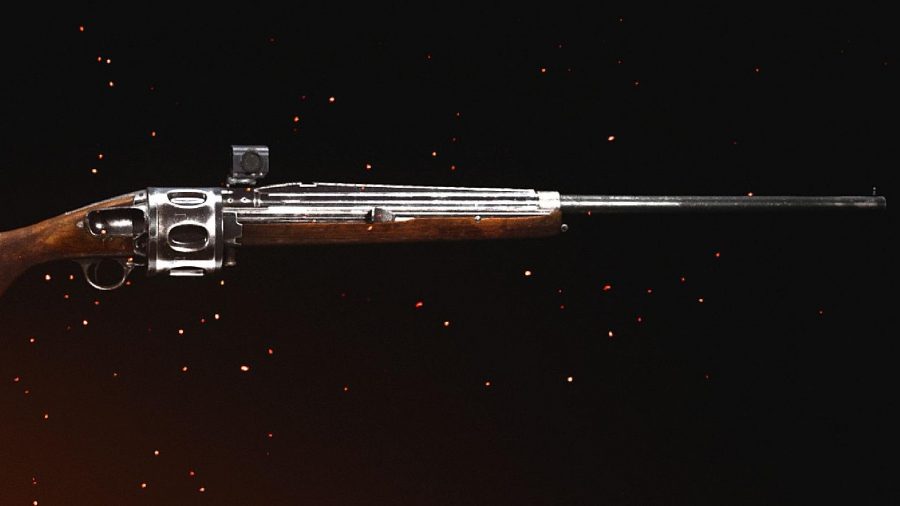 The Revolving Shotgun is by far the most interesting weapon we have seen so far from Call of Duty: Vanguard. If you enjoyed the Streetsweeper in Warzone, then you may like this. It has five devastating shots in each magazine, but bullets are reloaded individually.

The combat shotgun is the classic pump-action weapon we have seen in many world war 2 games and movies. It is powerful and deadly at close range and perfect for clearing out buildings.

Vanguard’s Gracey Auto Shotgun is based on the Browning Auto-5. Able to output shots one after another in quick succession, the Auto-Loading Shotgun should be a great shotgun in Vanguard multiplayer.

The Double Barrel shotgun does what it says on the tin. Equipped with two barrels, this classic gun will pierce through enemies at close-range. 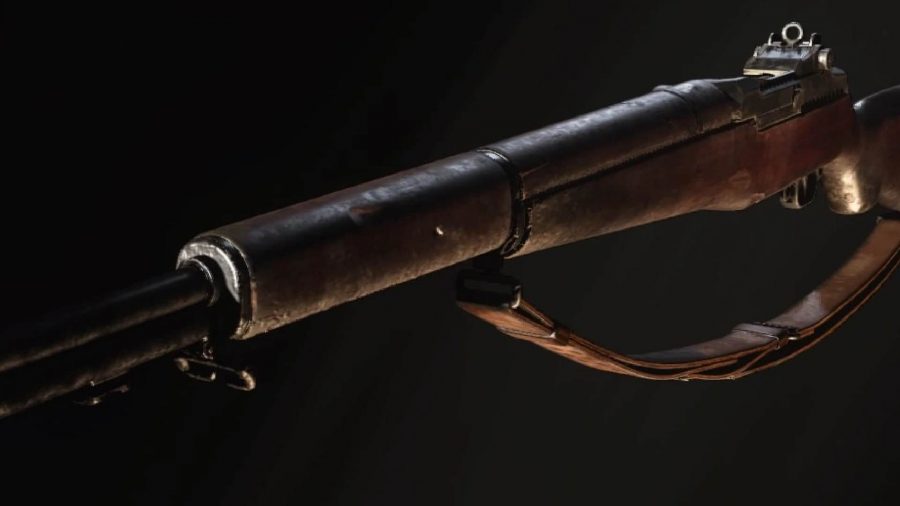 A staple in campaign, multiplayer, and zombies, the M1 Garand is back in Vanguard, with its iconic ping sound. The weapon will be a key player in long-range gun fights and be a reliable choice when fighting off waves of zombies.

This Marksman Rifle benefits from an enhanced magazine and a nice, long barrel providing accurate shots when aiming down the sights.

Best at medium range, the G-43 rifle has a ton of firepower and is capable of picking off enemies from a piece of cover or window. 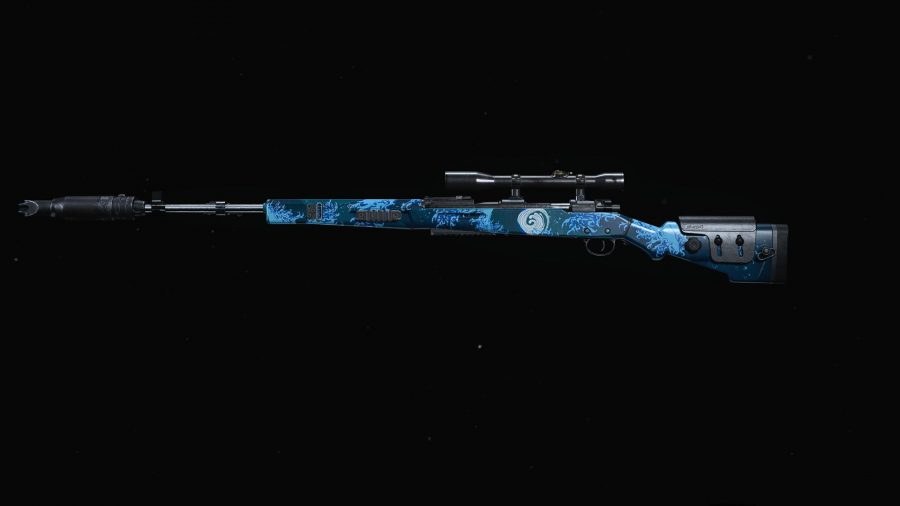 Lighter than some other rifles in Call of Duty: Vanguard, the Type 99 has some extra manoeuvrability and as such is great for a sniper that wants to be on the move.

One of two snipers shown off in the Vanguard alpha is the 3-Line Rifle. More commonly known by CoD fans as the Mosin Nagant, this classic Sniper Rifle was used across wars over many, many decades. The 3-Line Rifle in Vanguard will be a tool used for picking off foes from a distance with high levels of accuracy.

Used by the Germans in World War 2, the Kar98k was the primary weapon for German service members and will be just as prolific in Vanguard. It will be interesting to see how it matches up with the 3-Line Rifle. 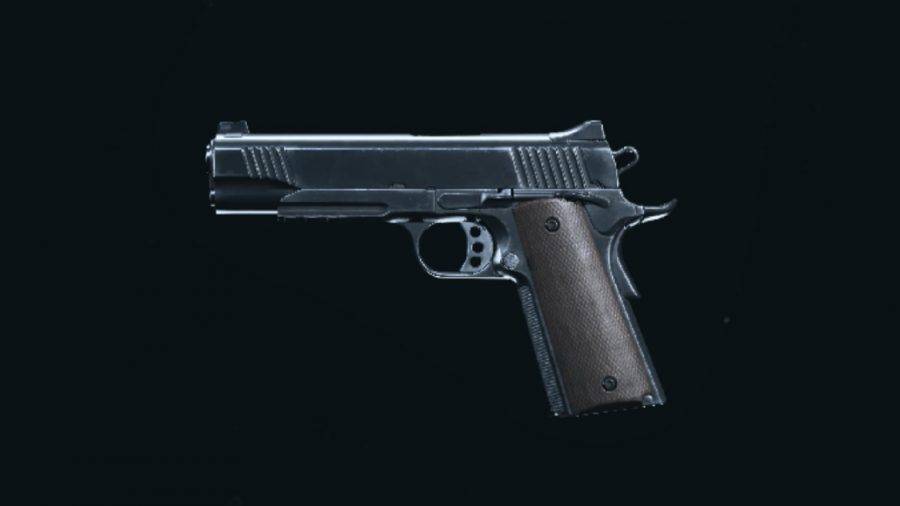 This fast-firing semi-automatic pistol is a trusty backup and capable of quickly dropping opponents that surprise you.

This classic revolver is powerful and precise. Better at medium distances, you should pull it out when you want to line up a shot.

Another staple of the war, the 1911 pistol is about as well known as a weapon can get. Appearing in countless Call of Duty games, the pistol is back once again and will be the default sidearm for many in the game.

The Klauser is based off the easily recognisable Nazi weapon, the Mauser C96. However some patterns and design changes help distinguish it in looks. Instead of the Machine Pistol, this weapon is semi-automatic.

The Machine Pistol is a well-known weapon as it was the default handgun for German soldiers and generals. The gun has made appearances before in other Call of Duty games, such as Sledgehammer’s WW2, and in Treyarch’s Black Ops zombies modes where it was dubbed the Mauser C96.

The combat shield is a fairly straight-forward weapon. It will block bullets and explosives and protect you and your teammates as you work you way through buildings in Vanguard’s multiplayer maps.

Call of Duty: Vanguard will bring back your traditional melee options with the FS Fighting Knife delivering fast swipes and slashes when you are in a pinch in a multiplayer match.

The M1 Bazooka is the classic launcher you will have seen before in previous Call of Duty games. In Vanguard it serves a similar purpose for taking out vehicles.

The Panzerschreck is a shoulder-fired launcher that deals significant damage to vehicles when fired freely.

The Panzerfaust is another launcher you have in vanguard which is effective against both vehicles and traditional infantry.

This grenade launcher is the choice if you want to focus on taking out players around corners in multiplayer with its free-firing grenades.

There you have the full Call of Duty: Vanguard weapons list as of right now.