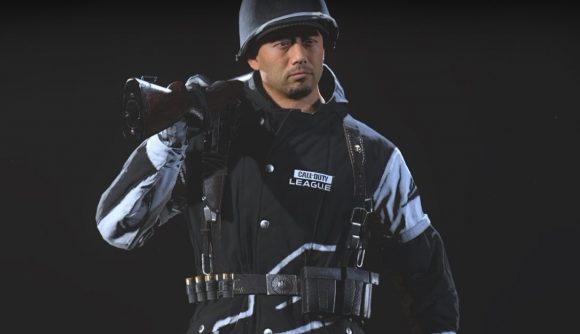 Earlier this week, Sledgehammer Games confirmed its plans to delay the launch of Call of Duty Vanguard Season 2. Now, the general manager of the Call of Duty League, Daniel Tsay, has provided an update as to how this will affect the 2022 Call of Duty League season and the rollout of Vanguard’s long-awaited ranked mode.

With Season 2 on the horizon, many fans were eager to dive into Vanguard’s ranked mode ahead of the first weekend of the 2022 Call of Duty League. However, due to Season 2’s delay, the CDL has confirmed that ranked will now drop a couple of weeks after the start of the competitive season – likely on Season 2’s new release date of February 14.

In a statement addressing this news, Tsay has shared that he’s “bummed” that Vanguard’s ranked mode is going to be released later than originally planned – however, he has still expressed support for the Call of Duty team’s decision to push back the Season 2 update in order to focus on the “health of the game”. Prioritising player experience is important, but it’s safe to say that he isn’t the only one out there who feels disappointed about the delay.

Fans have been asking for a competitive ranked mode to be added to Vanguard’s multiplayer pretty much since launch and a lot of players aren’t happy that we will have to wait even longer for it due to this delay.

Update with @dtsay56 on the Season 2 delay and what it means for the League.

In addition to this, the competing teams “will compete in clean operator skins” for a couple of weeks, rather than their own branded skins. The broadcast interface will still reflect the correct team colours, but teams won’t be fighting in their own bespoke skins until the Season 2 update is released.

The last few weeks have proven to be a tumultuous time for Call of Duty Vanguard and Call of Duty Warzone. Both titles have been scrutinised for their technical issues and in-game visual bugs. The fact the launch of a new season is being pushed back to fix these issues tells you all you need to know about the scale of the problems.