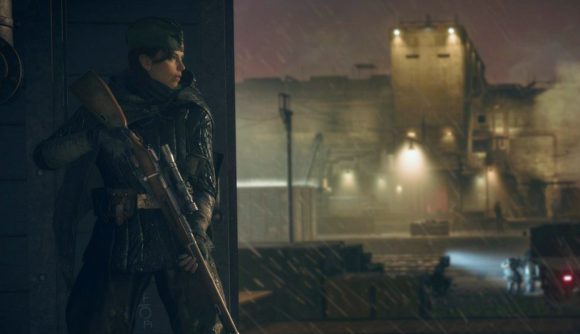 After an explosive in-game event in Call of Duty: Warzone, the next instalment in the series, Call of Duty: Vanguard, has finally been fully revealed. More information around the new game has also surfaced, including what fans can expect from its multiplayer modes.

Vanguard will have an impressive total of 20 multiplayer maps at launch, with 16 of these being for core 6v6 multiplayer modes. Within these maps will be “reactive gameplay environments”. Core multiplayer modes will also stand alongside the all new Champion Hill mode, a round-based experience that will feature a series of tournament style head-to-head matches. This mode can be played solo, or as duo or trio teams.

It has also been confirmed that the Gunsmith attachment and perk system from Black Ops Cold War will return for Vanguard. This should also make its integration into Warzone far smoother and easier.

A new system called Combat Pacing is also being introduced to multiplayer, which aims to give players three different gameplay experiences.

According to Charlie Intel, these are Standard, Tactical, and Blitz. Standard is your regular multiplayer experience, Tactical will act similarly to Hardcore modes from previous CoD games, while Blitz will cram massive teams into each map for those who love chaotic, high-action gameplay.

Sadly there has been little news of a ranked mode just yet for those players with a real competitive itch, which will be disappointing for competitive-minded players. After dealing with a delayed and mediocre ranked mode in Black Ops Cold War, there are hopes that Sledgehammer has created a strong and rewarding competitive experience in Vanguard.

With 20 maps at launch, and plenty more in the pipeline with seasonal content drops, there should be plenty of variety in Vanguard’s multiplayer from the outset. It will also be interesting to see how the community reacts to Champion Hill, and if it can become a staple mode for future CoD titles.