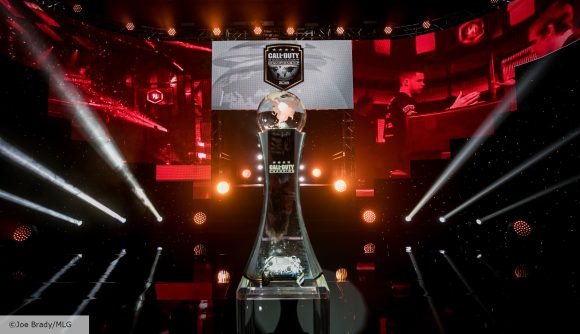 The Paris-based Call of Duty franchise has announced a seven-man roster ahead of the inaugural Call of Duty League.

Paris became the third team to reveal their complete roster – after the London and New York teams – when they tweeted their announcement video on October 3. However, they are the first team to reveal an extended roster beyond the five-man team that will be used in competitive play. With three Australians, two Americans and one player from the UK and France respectively, they have also assembled a team hailing from three different continents.

The most notable additions to the roster will be the Australians, after many feared that Oceania-based players would be forgotten about with there being no franchise in that region. However, Paris has poached Conrad ‘Shockz’ Rymarek and Luke ‘Louqa’ Rigas from Mindfreak, who dominated in CWL Open tournaments in 2019, winning the London and Anaheim Opens and coming second in Fort Worth.

The Mindfreak pair are joined by fellow Aussie Denholm ‘Denz’ Taylor, who played for Team Reciprocity. Paris have also signed one of Denz’s Reciprocity teammates in Englishman Zach ‘Zed’ Denyer.

Paris appear to like signing pairs of players from organisations, as Frenchman Paul ‘Breszy’ Breszynski and American Matthew ‘KiSMET’ Tinsleyboth join from Enigma. Breszy will be hoping to bring some glory back to his home nation and says he is “proud to be able to represent my country.”

The seventh member of the team is American player Timothy ‘Phantomz’ Landis, who had a turbulent 2019 having represented FaZe Clan, Evil Geniuses and UYU throughout the season.

Despite there being no real standout players in the roster, the Paris franchise has recruited well in bringing in pairs of teammates from previous organisations who should play well together.

The Australian pair of Louqa and Shockz from Mindfreak also deserve to be rewarded with a place on a franchise team, having performed so strongly in the Open events during 2019.