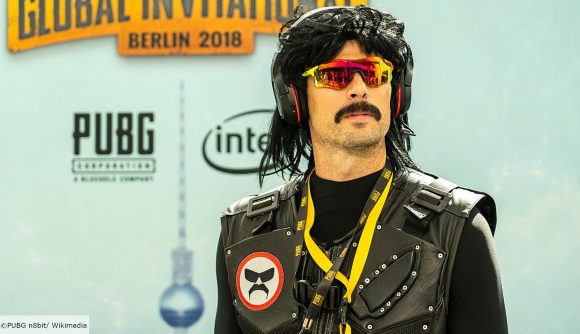 With Call of Duty: Modern Warfare’s release not far away, one of the biggest streamers on Twitch has proposed a radical new tournament format for the latest CoD title.

Guy ‘Dr DisRespect’ Beahm has said on Twitter that he wants to run a tournament for Modern Warfare’s exciting new 2v2 Gunfight mode, which sees duos given random weapon combinations in a series of short rounds. The Doc also states that he wants it to be cross-platform, where “teammates consist of one on PC and one on console”. This looks to be an attempt to bring in both CoD’s streaming audience (who likely watch PC players on Twitch) and the esports audience (who are more inclined to be fans of console pros).

He is also putting the stakes pretty high with $100,000 dollars being pledged. It’s unclear whether this is intended to be the total prize pot or the prize for the overall winning pair, but it’s more likely to be the former.

The idea has already been widely received with positivity by both fans and notable members of the CoD community, with the tweet getting around 20,000 likes.

Teammates consist of 1 on PC and 1 on Console.

100 Thieves founder and former CoD pro Matthew ‘Nadeshot’ Haag has shown his interest, replying to the Doc’s tweet with: “Let’s get this bread.”

Content creator Davis ‘Hitch’ Edwards, who recently hosted a Black Ops 2 throwback charity tournament, was also positive, saying that the new CoD “has so much potential this year, Doc”.

A host of professional CoD players including Priestaah, Havok, Methodz and Censor also all showed interest.

It seems as if Dr DisRespect’s plan has some real legs. With the game being released on October 25, we might not even have that long to wait before this tournament could happen.