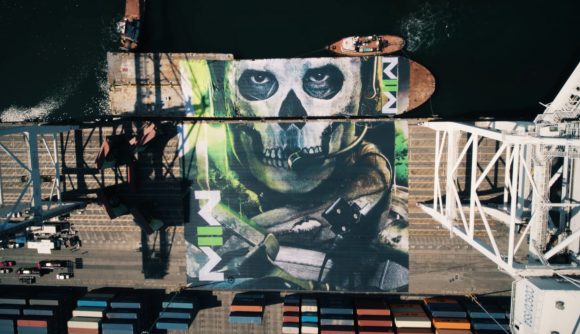 The release date for Modern Warfare 2 has been revealed in a new hype trailer, and fans of the series will be able to play the new first-person shooter on October 28, 2022.

The new trailer doesn’t show off any gameplay or even CGI footage, and instead zooms around a real-life shipyard with a drone, flying by the headshots of the game’s main characters. While most of them are recognisable from past Modern Warfare titles, such as Captain Price and Soap, we also get introduced to a never before seen character. According to Charlie Intel, this is Alejandro.

The artworks for each character – which also include Gaz and Ghost – also feature snippets of a map overlayed, which seem to resemble certain parts of the world. Ghost’s artwork appears to resemble Mexico, but the community is currently trying to decipher the others.

During the trailer, the drone also zooms past a container with “J.8.22” written on the side of it – a date that has been rumoured to be when an official trailer will drop.

The news of a Modern Warfare 2 release date has certainly got fans of the series excited, but it sounds like the announcements are far from over.