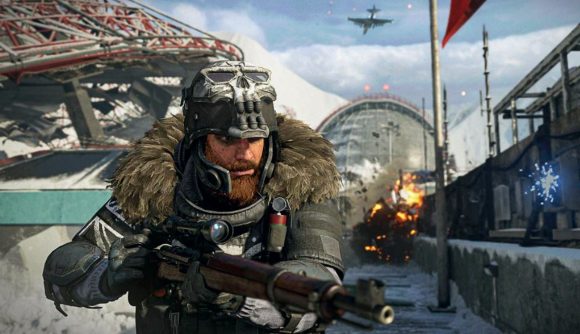 Weapon tuning and achieving a balanced meta has been top of the agenda for Call of Duty: Warzone developer Raven Software recently, and now Treyarch seems to be adopting the same approach for Black Ops Cold War. In the Season 3 Reloaded update, a number of issues with certain weapon classes are being stamped out to create more balance for the game’s multiplayer modes.

Arguably the biggest changes that will affect the most players is a tuning pass on all of the game’s sniper rifles. This also addresses one of the most overpowered aspects of sniping in Cold War – the lack of flinching. Since the game launched, snipers have been very strong due to the fact that you could still aim incredibly accurately even if you are being filled with bullets. Treyarch says it has now designed “a sniper-specific flinch” which will affect your aim more when being shot at.

Treyarch has also tuned the “ADS Momentum” of each sniper in the game and made specific tweaks to all five to make them all stand out from one another. The full list of sniper changes can be found here.

Assault rifles have also been given a once-over – and the update could have some spicy results for the competitive meta in the Call of Duty League.

Firstly, all ARs have had their bullet velocities buffed and headshot multipliers have been standardised depending on what ammo they use (with one exception, which we’ll discuss shortly). ARs using 5.56 ammo have a 1.4x headshot modifier, while those that use 7.62 ammo have a 1.25x modifier.

Get all the intel on everything coming this week and beyond, including detailed patch notes for everything in MP and Zombies:https://t.co/G4N3gzgVEb pic.twitter.com/keB9tykEnR

The Krig – which is the staple AR in competitive CoD – has not only received the bullet velocity benefits but has had a couple of small buffs to some barrel attachments too, making it an even stronger choice that will hopefully perform much stronger against some of the long-range SMGs that have been occasionally outgunning it in competitive play.

All LMGs and pistols have also received varying bullet velocity buffs, much like the assault rifles.

While most weapon classes are getting changed here, the addition of flinching to snipers will be the most welcomed tweak for regular players. It will also be interesting to see if the changes to the Krig and FFAR make a difference to the CDL as it enters Stage 4 of the 2021 season.