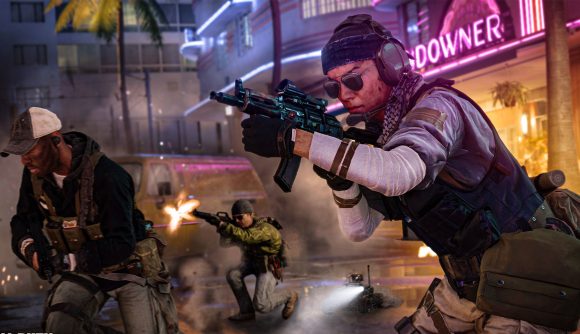 Following an April 20 update to Call of Duty: Black Ops Cold War, Treyarch has now released the accompanying patch notes. A swathe of weapons and attachments have received buffs and nerfs in preparation for Season 3 – some of which have already stirred up quite the conversation among pro Call of Duty players.

A total of nine individual weapons, one entire weapon class, and one group of attachments have received tweaks as part of this update according to the patch notes, including staples of competitive play like the Krig 6 assault rifle and public match stompers like the Stoner 63 LMG.

Arguably the most wide-reaching change is a blanket nerf to sprint speed when running an SMG. Treyarch now says that pistols are the top weapons in terms of sprint speed, but do say that with the right combination of attachments, SMGs can match the sprint speed of pistols. The nerf will be a big blow, however, for those who love sprinting around public lobbies or League Play with an LC10 or an AK74-u.

Elsewhere, all of Black Ops Cold War’s shotguns have been tweaked. While the Hauer 77 and Gallo SA12 have both received buffs and nerfs to certain stats, Treyarch has come down heavily on the Streetsweeper. The overpowered shotgun can now no longer kill enemies with a single shot, and its max damage has been slashed from 138 to 88.

Black Ops Cold War’s LMGs have also been tuned considerably, with the Stoner getting hit with some big nerfs to its damage, range, recoil, and ADS speed. Both the RPD and M60 have also been given a pass, receiving a mixture of buffs and nerfs to certain stats.

The Krig 6 assault rifle – one of the main weapons used in competitive play – has once again been tweaked. While its max damage has been brought down from 35 to 33, its headshot multiplier has been increased from 1.25 to 1.4, rewarding a player’s pinpoint accuracy.

The FFAR has also got a slight buff to some of its attachments, most notably its 34 RND and 38 RND Speed Mag magazines.

The AUG tactical rifle has also received some more attention, with a small buff to damage and headshot multiplier but nerfs to fire rate and range. Its Task Force barrel attachment has also been nerfed.

With so many changes, it may take a while to adjust and find your new favourite gun in Black Ops Cold War. The full weapon balancing section of the patch notes can be found below.