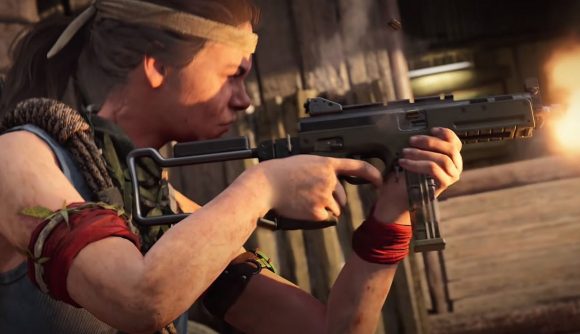 Alongside yet another large content drop for Call of Duty: Black Ops Cold War Season Two Reloaded, Treyarch has been hard at work in the weapon tuning department, tinkering away at some of the game’s guns.

Tweaks to several individual weapons, two weapon classes, and some attachments are now all live in Black Ops Cold War, and some of those changes will have a big impact for competitive-minded players in League Play – and potentially even pros in the Call of Duty League.

Two of the competitive scene’s staple weapons – the Krig 6 assault rifle and the deadly AK-74u SMG – have both been affected by today’s update. The Krig has received some changes to ADS visibility and a “complete tuning pass” that affects its accuracy, movement, and “visual clarity while firing with any optic attachment”. This should make it much easier for players to pick off targets while ADSing.

The AK-74u, however, has received a substantial nerf. Treyarch has “reduced accuracy with prolonged firing” and “reduced muzzle velocity by 23.4%” – which on its own doesn’t seem too drastic considering the weapon’s strength in League Play and the CDL right now.

However, a blanket change to “muzzle and underbarrel attachments that affect recoil on SMGs” has also been made, which could bring the AK-74u down even further.

With the AK-74u being the sole SMG used by pros in the CDL, it will be interesting to see how badly these changes affect SMG players’ performances.

Another gun that’s been plaguing League Play is the LC10, one of the new weapons added at the start of Season Two. The SMG has been extremely powerful at almost any range, so the tuning to SMG attachments and a reduction to its damage range by 41% should at least stop it from beaming at AR range.

Elsewhere, the Groza and FFAR 1 were given buffs to further bolster the assault rifle class. The general motive of this update appears to be creating a wider gap in performance between ARs and SMGs.

Other individual weapons included in the tuning update are the Milano, MAC-10, KSP 45, 1911, Magnum, and RPG.

The full patch notes for Season Two Reloaded, including all the weapon tuning changes, can be found here.

These tweaks to weapons will only affect Black Ops Cold War modes, and will not change their performance in Call of Duty: Warzone.