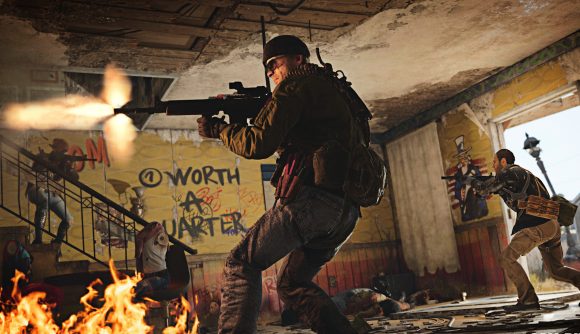 Call of Duty: Black Ops Cold War players can rest assured that Ranked Play “will be a thing,” according to Treyarch community manager Josh ‘FoxhoundFPS’ Torres. Unfortunately, we don’t know when it will materialise just yet.

FoxhoundFPS’s statement came in the form of a response to a curious Redditor who was eager to know if the mode – the release of which had been hinted at all the way back in October while Cold War was still in beta – would be making an appearance any time soon. While it is good to hear that Cold War’s competitive mode is on the way, the community manager also states that “I currently don’t have a timetable to share with you, however.”

There are hopes that the introduction of Ranked Play will reduce the intensity of public lobbies, which are currently balanced around skill-based matchmaking. SBMM has long been a concern of pro players and creators alike who are looking for a more relaxed experience in unrated games. Conversely, the mode helps protect lower-skilled players from being matched with, and subsequently stomped by, higher level players.

While some have called for the complete removal of the system, others simply want it amended. 100 Thieves CEO Matthew ‘Nadeshot’ Haag stated back in November that, while he was happy to play with players of a similar skill level, he at least wanted to know whereabouts he stood “in comparison to others globally.”

Though Ranked Play has been a consistent feature in Black Ops multiplayer since the series’ first instalment, players will have to wait a little longer before they can hop in and begin their climb up the leaderboards.