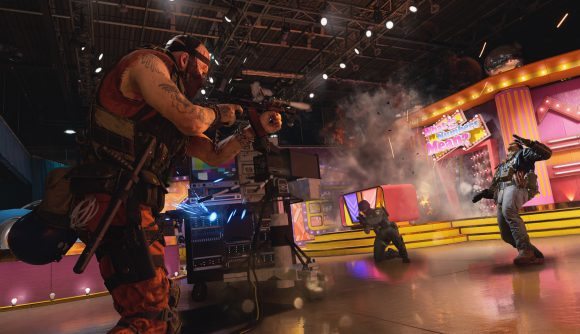 Following reports last month pertaining to the introduction of premade classes to the Call of Duty League, these classes now appear to have materialised in Black Ops Cold War, and are fully-playable in some of the FPS game’s custom playlists.

As reported by CDL Intel, premade setups for the Krig 6, AK74u, and XM4 are now selectable in CDL Pro Hardpoint, Search & Destroy, and Control. Naturally, these loadouts cannot be edited, which has raised a few question marks regarding the inability to apply skins to the weapons. Additionally, there is uncertainty surrounding whether or not these classes will also be mandatory in League Play when it kicks off this week.

Another issue raised is that some of the weapon attachments appear to be incorrect, though of course there is time for the issue to be rectified ahead of both League Play (if it is mandatory), as well as the new CDL season which begins on Febuary 11.

A screenshot showcasing the XM4 loadout can be seen below.

Krig, AK74u and XM4 only pic.twitter.com/P3mut2W0cs

The reported introduction of custom classes in the CDL appears to be an attempt by the league to remove the need for Gentleman’s Agreements as an extra layer on top of the pre-existing competitive ruleset. With that said, it is currently unclear whether or not these classes will change with the professional meta, or remain static throughout the season.