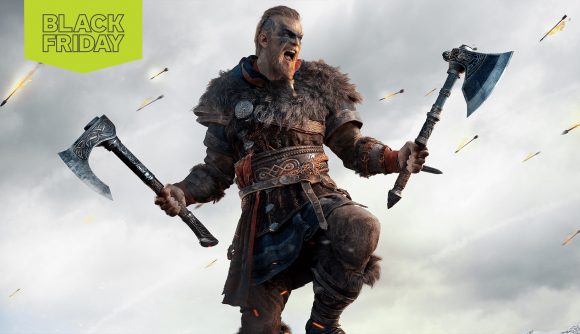 Assassin’s Creed is one of the most celebrated open world videogame series of all time, and for good reason. Following the lives of various fictional assassins throughout history, players are treated to some of the finest third-person parkour action out there, alongside a plethora of unique gadgets and gizmos to take down their prey.

The past few entries into the series – Assassin’s Creed Origins, Assassin’s Creed Odyssey, and most recently Assassin’s Creed Valhalla – have gone bigger and better than ever before. The base campaigns of these modern Assassin’s Creed titles each promise a solid 30+ hour campaign, with Valhalla taking up to 50 hours to clear – perfect if you’re looking for something to really sink your teeth (or hidden blade) into.

With a whole host of bonus content – including bonus missions and entire expansions – available to purchase, you won’t be running out of things to do any time soon. And right now, Amazon US is treating us all to some mammoth discounts on digital editions of each game.

For just $25 – a monstrous 75% off – you can pick up the Gold Editions of both Assassin’s Creed Origins and Assassin’s Creed Odyssey. These editions include both the base games and season passes for Bayek’s adventure through Egypt, as well as Alexios and Kassandra’s Greek escapades. For an extra few bucks, you can opt for Odyssey’s Ultimate Edition, which includes bonus Deluxe Edition goodies.

If the Viking invasion of England is more your vibe, then Assassin’s Creed Valhalla’s Ultimate Edition has also had a significant price drop. Eivor’s complete journey was once $119.99, but can now be yours for just $48.

While digital codes will require you to free up some space on your Xbox console, we think you’ll agree the savings are worth it. For more savings on top Xbox titles, check out our best Cyber Monday Xbox deals guide.