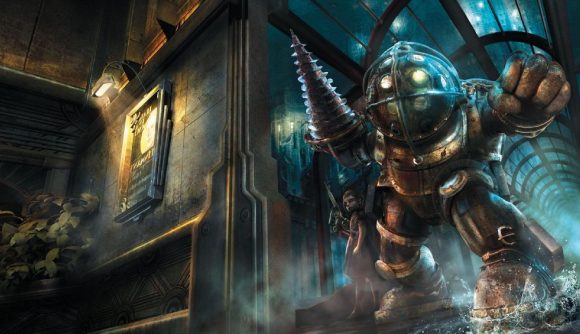 We have heard a fair bit about BioShock 4 already through job listings, but now a new leak suggests that an official BioShock 4 announcement will come early next year.

According to Twitter account ‘Oopsleaks‘, BioShock 4 is reportedly due to be announced in the first quarter of 2022. Oopsleaks also claims the game was initially pitched as BioShock Isolation, although this could be a placeholder or working title and isn’t confirmed to be the name of BioShock 4.

It is plausible that we would see Bioshock 4 revealed sometime early next year, just before the end of the financial year in March. While outside of the regular hype windows of summer and the end of a calendar year, we saw Sony use this strategy earlier this year, revealing their next-generation VR headset and new VR controllers right before their end of financial year reports. With the opening months of the year usually free of showcases, we may only get a short teaser trailer, unless the game is announced during a State of Play or a similar showcase.

Oopsleaks also reveals what they claim is an image from BioShock 4’s pitch presentation, which details the game’s main premise of a city divided by a wealthy upper class and a hidden, underground lower class.

Also, Oopsleaks has reiterated details we already heard about from previous leaks, including that the game will be set in a new open-world city and developed in Unreal Engine 5.

We have known about Cloud Chamber’s next game in the BioShock series for a few years now, despite the lack of official information, and it is believed to have been in development for a while, so an announcement early next year doesn’t seem too unlikely.