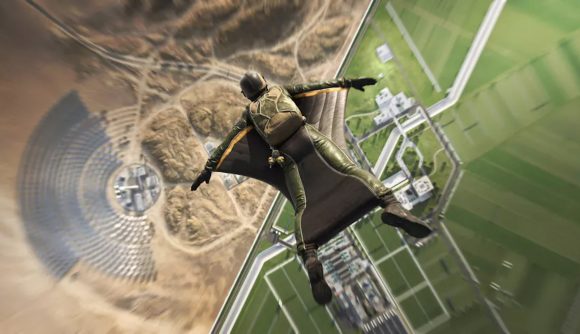 Battlefield 2042 got off to a rocky start, but it’s about to get a whole lot rockier now after Dice confirmed it’s delaying the game’s Season One by a whole season, from spring to early summer.

This comes after increasing criticism levelled at the title for missing key legacy features that players expected would be there from day one, but which have subsequently been delayed. In this vein, we recently reported that players on Reddit were unhappy with the incoming Scoreboard changes, so it appears that the delay of this content until sometime in “early summer” will only serve as more of a reason to drop the game for those left less than enamoured with the title. Though, Dice are clear that Season One’s further delay is so that the team can take on board player feedback and integrate it into their plans.

Changes on the agenda are a new scoreboard that shows more helpful in-game information to players, though “K/D scoring” and “end of round reporting” seem to be coming in an even later update and not with Season One, as far as we can make out. Dice will also be adding all-platform voice communication in the delayed update, as well as a more comprehensive player profile.

The studio has also outlined its commitment to a “new feedback loop.” This loop will involve presenting issues with the game large and small, then taking the time to listen to player feedback on those ideas, before lastly re-engaging with the community to show how they’ve factored its feedback into their plan going forward.

Fans who have purchased the Year 1 Pass as part of the Gold and Ultimate Editions of Battlefield 2042 will receive a Specialist skin, weapon and vehicle skins, a melee weapon, and a Player Card as recompense. These, however, will not be available until the Season One update launches this summer.

Dice is also working on improvements to gunplay and feel, alongside better-feeling team play in its core modes. “Portal remains an integral part of the game and we will continue to expand its tools, modes, and tweak player experience gains,” it says on Battlefield 2042’s more wacky mode. And the development team is also clear that it’s looking into balancing Specialists, stating it has a dedicated team analysing them.

The Steadfast Exclusive Legendary Bundle, free for all Gold and Ultimate players will include:

Battlefield 2042’s last patch addressed many of the more glaring issues with the game, like being able to load into servers correctly and other game stability problems, so let’s hope the next one is just as successful.