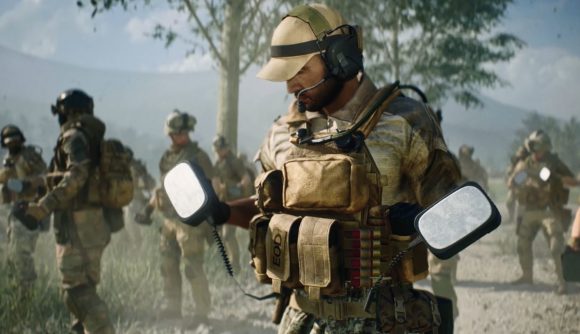 In Battlefield games of old, banning players in custom games didn’t really work. Players who didn’t follow the rules or trolled their teammates could be removed from the game by admins, but their bans would only last for as long as the server was alive.

Fortunately in Battlefield 2042, and more specifically Battlefield Portal, persistent player bans are coming. Server admins will no longer have to routinely re-ban players after a server restart, something EA’s Player Council – a group of trusted content creators – highlighted to Ripple Effect Studios during playtests.

“There weren’t as many big changes as I expected, but there were a lot of small changes,” Donovan tells The Loadout when asked about content creator feedback. “There were a lot of specific pain points that the community relayed to us and we felt it was early enough to course correct.”

One of those pain points was around player bans in custom games – something that’s been a real problem for content creators looking to enjoy games with their community.

“We know that in past community games, you would ban someone, then the server goes down, and you’d have to ban them all over again,” Donovan says. “So we were able to reconfigure our banned list [for Portal] to be on the player themselves. So now, if you ban someone, they’re banned.

“No matter if you put up a server tomorrow or weeks from now, they won’t be able to enter your server unless you choose to unban them at a later date.”

Considering how complex and rule-heavy some of the new Battlefield Portal games are, this is great news for server admins and content creators. Now players will be able to concentrate on the game without having to worry about the constant admin that used to come with controlling a server.