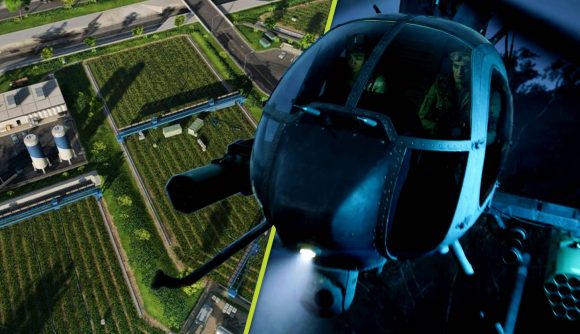 DICE has proposed its next set of changes to Battlefield 2042 following a period of community feedback, and the large-scale shooter is essentially going on an intensive weight loss programme.

The recent feedback session saw players give their thoughts on the state of Battlefield 2042’s maps, and a blog post from DICE outlines all the changes it intends to make. First, it’s going to improve map traversal – something that players have found to be extremely long winded due to the size and layout of some maps and a lack of vehicles.

DICE is essentially looking at shrinking the size of two of the most problematic maps, Kaleidoscope and Renewal. Capture points are going to be drawn more closely together so they aren’t as spread out, and sections of the maps are being reworked to make clearer and more convenient pathways to each objective. The example given in the blog post, however, seems to suggest DICE will be doing this by Thanos snapping certain areas away completely. A before and after screenshot shows that most of the buildings in Renewal’s distribution centre have been, erm, redistributed… to another realm. It’s not clear if this is a one-off, or if DICE is planning to be quite liberal with its use of its in-house Infinity Gauntlet.

While the maps may appear to be shrinking in size, DICE is also pledging to add, as well as take away. It says that it will be adding a lot more cover and sight-line blockers into each map, specifically around the new capture points it will create with all that flag moving.

Read what we learned from your feedback, and further changes we’re making to our Maps

There are going to be changes to vehicle spawn rates too. While adding more vehicles into the mix isn’t possible right now, DICE is going to reclassify some as transport that should make them more freely available in-game.

As for attack vehicles, well, they’re going to be nerfed. Because 128-player gameplay can get a bit “chaotic around objectives”, DICE is going to reduce the number of tanks, helicopters, and other attack vehicles that can be on the battlefield at one time from three to two. Their cooldown is also increasing.

You can expect to see these vehicle changes happen in the next update, which is just around the corner. For the more extensive map changes to Kaleidoscope and Renewal, they’ll be coming in Season 1, which is now officially (probably) the most long-awaited first season of a game ever.