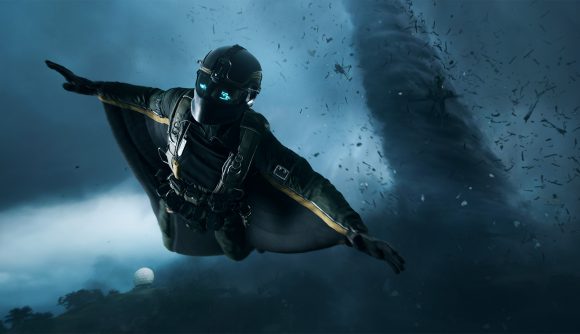 Battlefield 2042 is set to be a multiplayer-only game. There’ll be no campaign or battle royale to distract players from the sandbox mayhem that usually fills Battlefield lobbies this time around – but there will be plenty of new and improved content to keep players busy when the Battlefield 2042 release date rolls around.

We already know Battlefield 2042 is getting three main game modes. The first, All-Out Warfare, is basically Conquest and Breakthrough on 128-player maps, and the second is Hazard Zone, an all-new high-stakes, squad-based game. We don’t know much about the third, however.

There is a chance, though, that DICE LA is working specifically on this mode. We know that a load of studios are working on different parts of the game – but the thing DICE LA has up its sleeves is something “quite special” according to EA DICE general manager Oskar Gabrielson, who was speaking about the game in a developer livestream on Twitch.

“We have folks in Stockholm, in Gothenburg, Guildford, in LA – folks all over the world across Electronic Arts – building Battlefield 2042,” Gabrielson says in a clip you can watch below. “But the stuff that is actually getting built out of DICE LA is quite special.

“The team joined our big team meeting and they got the chance to show off that latest update from that experience and I think our chat kinda exploded. The team is super pumped.”

We have no idea what Gabrielson is talking about here, but given how considered Battlefield 2042’s mechanics have been so far, it could well be a huge moment for the franchise.

For now though, we’ll have to keep on guessing. DICE is set to reveal more about the game, including this “special” thing at the EA Play Live event on July 22.