The reveal trailer for Battlefield 2042 was the ultimate love letter to fans. With iconic Battlefield moments of yesteryear recreated to tap into the nostalgia of long-time fans of the series, excitement levels are through the roof for 2042. But it also reminded players that Battlefield is nothing without friends.

Fortunately, EA has confirmed that it is looking to “build and test” cross-play functionality into Battlefield 2042, meaning you will be able to play with friends across multiple platforms later this year. But, as with most online games, there are a few caveats.

So what are those caveats and how will the system work? We’ve got you covered. Read on for everything we know so far about Battlefield 2042 cross-play, including what platforms will be able to play together, when it’ll be added, whether it can be turned off, and more

Will there be Battlefield 2042 cross-play?

EA has finally confirmed that Battlefield 2042 will have cross-play, making it the first Battlefield game to have that functionality. However, at the moment the development team is looking to “build and test” cross-play in the technical playtest taking place this summer.

So far we know EA is exploring cross-play functionality between PC, Xbox Series X|S, and PlayStation 5. Cross-play between PlayStation 4 and Xbox One is also on the cards, but it’s unlikely to be extended due to the limitations of old-gen hardware. 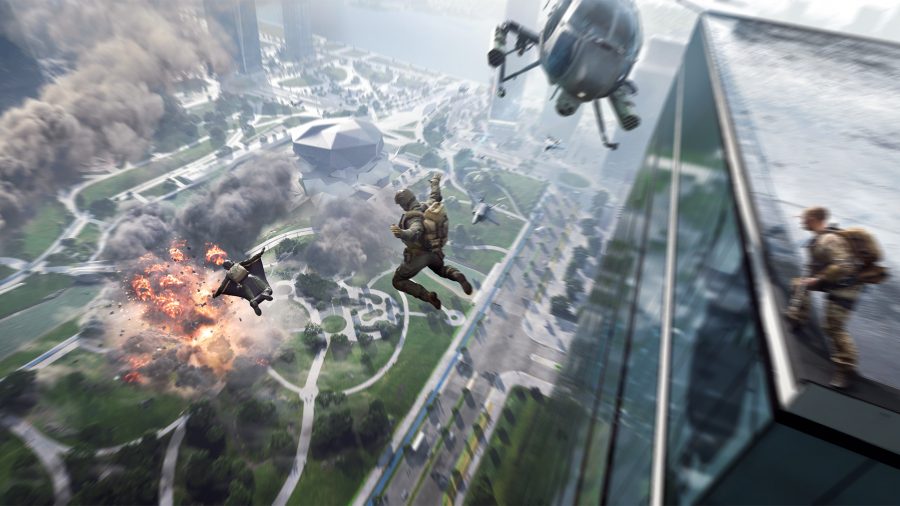 Will you be able to turn Battlefield 2042 cross-play off?

Many live-service games give players the option to turn cross-play off, but we’re not yet sure if that option will be open to Battlefield 2042 players.

Since EA is only just getting ready to test the feature, we might have to wait a little while longer to see what choices players have.

Will there be battlefield 2042 cross-progression?

While there might not be ‘full’ cross-play in Battlefield 2042, the existence of cross-progression and cross-commerce will likely make up for that.

This means that your progression, unlocks, and cosmetics will follow you around, no matter what platform you decide to play on. This is great news for console players looking to upgrade in the near future.

Oh, and don’t forget to preorder.