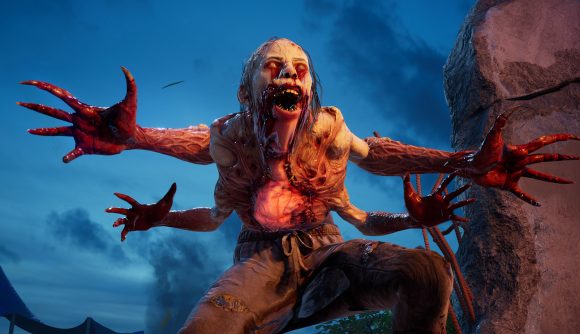 It’s been a good day for Back 4 Blood fans. First, we found out the zombie co-op shooter is coming to Xbox Game Pass on day one, and then we got our first look at Swarm, the game’s PvP mode – and it’s been “heavily inspired” by Versus according to lead game director Brandon Yanez.

In Swarm, four Cleaners go up against four Ridden in a best of three game of survival. Here the cleaners will need to last for as long as they can while holding off the four zombies – but both teams have a chance to upgrade their loadouts as they get further into the round.

Cleaners can upgrade their weapons, while using their chosen character’s abilities, and the Ridden can mutate – bolstering their attacking options. And when you consider players can pick from nine different Ridden characters that all do something different – Cleaners have their work cut out.

Given fans have been clamoring for a Versus-like mode, Back 4 Blood certainly ticks all the boxes. We’ve even had reassurance from Turtle Rock that PvP will not be pay-to-win despite plans to add paid post-launch content to the game. Characters in paid content drops can be bought or earned in game, giving everyone a fair chance at the start of each and every round.

You can watch the PvP trailer here:

If that’s tickled your fancy, you can get your hands on the Back 4 Blood open beta in August. Players who preordered the game can get a head start on August 5, before the beta is opened up to the general public on August 12.

Cross-play and cross-progression will also be available during beta.