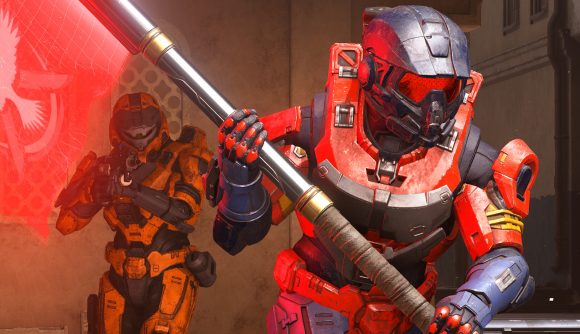 Xbox Game Pass truly is the gift that keeps on giving. This download-all-you-can-play subscription service, which already has just over a hundred games on offer, is set to add 27 of the 30 games announced at the Xbox and Bethesda E3 showcase later this year.

The impressive line up starts with Yakuza: Like a Dragon and D&D Dark Alliance and continues throughout the rest of the year. We're getting The Ascent in July, Hades and Twelve Minutes in August, and Aragami 2 and Sable in September. Then things get interesting. Back 4 Blood headlines October, Forza Horizon 5 headlines November, and Halo Infinite headlines December.

If you do the maths, that means Xbox Game Pass members are getting 27 extra games, worth at least $350 (this number will rise when prices for unreleased games are revealed) for just $59.94 / £47.84 – the price of a rolling subscription for six months. That's a bloody bargain.

Oh, and that doesn’t even include the amount of Bethesda titles that are also being added to the pass as we speak.

We managed to fit all the Xbox Game Pass announcements from the Xbox & Bethesda Games Showcase in one image. ​

So if you’ve just watched the Microsoft & Bethesda E3 conference in awe and you haven’t signed up for the Xbox Game Pass, what are you waiting for? Take a look at your pricing options right here.