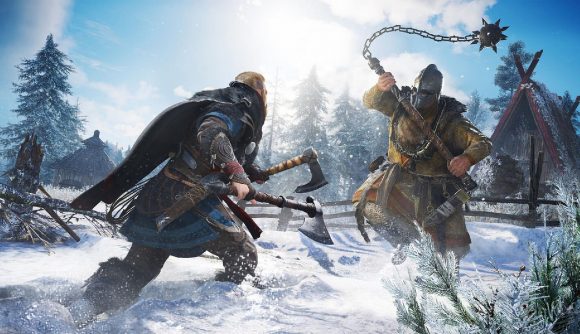 Assassin’s Creed Valhalla update 1.3.2 and the patch notes for it have been revealed. The main new addition with this latest update for PS5, PS4, Xbox Series X|S, Xbox One, and PC is the preparation for the launch of the Discover Tour: Viking Age. This is a mode offering a historical look at the locations, cultures, and events of the Viking era that will launch on October 19, 2021.

On top of that, Ubisoft continues to address bugs and issues with a number of fixes, including for the Siege of Paris DLC. The newly introduced River Raids mode has also seen some fixes, which are detailed more in Ubisoft’s blog.

Other fixes include solving problems where Eivor, NPCs, and ships would get stuck in parts of the environment, and various other graphical, animation, and lighting issues that players have experienced have been resolved as well.

This update is one of many still set to arrive this year, including another later this autumn and the Oskoreia Festival which will kick off before the year is out as well.