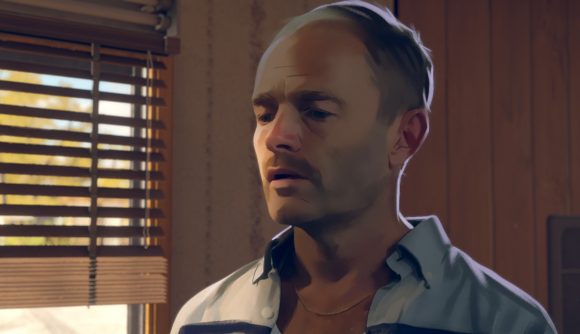 As Dusk Falls tackles some pretty big topics over the course of its two book story. With fractious relationships, mental health, and suicide all taking centre stage alongside the game’s core crime drama story, Interior/Night really stuck to its guns about providing an unparalleled interactive narrative game. However, despite these topics running through the main story arcs, Interior/Night’s CEO and creative director, Caroline Marchal admits the team did change some of the action based on playtest feedback.

“We made some rewrites,” Marchal says before confirming that Zeus – Jim’s dog – did indeed die in a previous version. “There was one storyline in chapter five that we changed the ending of drastically because I think it got possibly a little too dark at some point. So we reworked it.”

While Marchal doesn’t reveal which storyline the team altered, chapter five follows two main stories (warning, spoilers ahead): the confrontation between Sharon, Paul, and Dante and Jay’s journey to Salt Lake City with Vanessa, which concludes with the party. It’s not quite clear which one has been changed, but given they both tackle some pretty difficult topics already – and include some impactful choices – it’s an intriguing insight into how public playtests influenced the development of the game over time. It also suggests there’s a version of As Dusk Falls out there that goes deeper than we first thought.

That’s not the only other change that came as a result of feedback, though. Marchal tells The Loadout the park ranger Jay can encounter in the final chapter was a reasonably late addition, but one that the team is proud of.

“It’s my fave,” Marchal says. “He [the park ranger] has got the dream job of Jay. It’s like it’s Jay – but if everything went ok in his life. I just love this extra branching.” 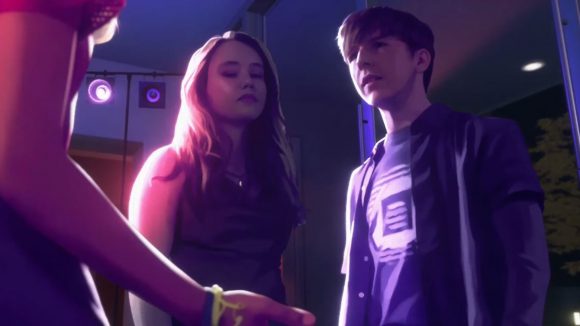 While these might sound like pretty big changes, Marchal insists that the overall story arc and the characters haven’t really changed during development – it’s just some of the paths they’ve taken to get there have.

And for a game that has more than 1,200 pages worth of dialogue and 15,000 individual shots, that’s pretty damn impressive. These playtests might have been “instrumental” in assisting Interior/Night iron out the kinks in the overarching story tree, but they also helped the story find and connect with its audience. And in a narrative game that’s designed to break barriers, that’s key.

Read more about the development of As Dusk Falls in our big interview coming later this week.