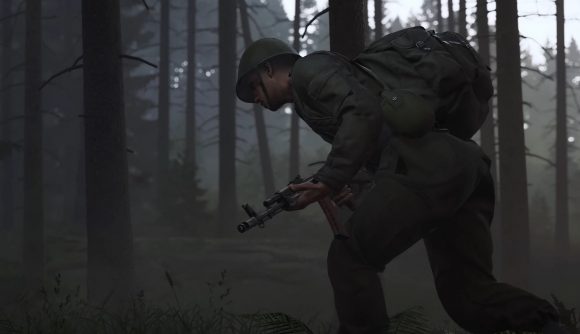 When Bohemia Interactive announced it was releasing Arma Reforger, an early access standalone Arma game on both PC and Xbox via the Insider programme, it was seen as a stepping stone to the studio’s next big entry: Arma 4. And while that much is true, this game isn’t just an accessory that allows the community to tinker with new tools; it’s a necessity.

Arma Reforger was built to be a test bed for Enfusion, a new multiplatform engine optimised for consoles and equipped with real-world tools. It’s still early days though, and while Arma Reforger content creators are busy behind the scenes creating true sandbox experiences, the scope of the game in its current state is fairly limited.

And that’s because it’s not Arma 4, it’s the foundations – something that Ján Dušek, Reforger’s project lead, makes clear to us when we question him on Bohemia’s vision.

“Arma Reforger is a project of high complexity built upon new technology, so it’s crucial to let people start playing with all of it as soon as possible, so we can focus our development on issues stemming from the feedback,” Dušek tells The Loadout. “We need to prove our ideas are right, observe how people play Conflict and Game Master, and how well the features work, so we can improve them and see what is missing the most so we can change our priorities.”

These tools have been opened up to the community so that Bohemia gets a good understanding for what works and what doesn’t. All of these lessons will be carried through to the development of Arma 4, highlighting the importance of this early access platform. “No Arma game can be created without it,” he adds. “Especially not Arma 4.”

According to Dušek, Arma Reforger is helping build the foundations for Arma 4, which will be the first Arma game to come to all major consoles since the series inception in 2006. This means all underlying systems, the core gameplay, interactivity, and game modes are being tried and tested on this platform before being considered by the bigwigs working on Arma 4.

With that in mind, the scope of the game will expand – Dušek says helicopters, for example, will be added at a later date, but the onus for things like single-player scenarios will sit with the community, who have so far been fairly creative on both platforms.

And while some might lament Bohemia for its approach on this front, it’s clear Enfusion holds the keys for a bright, Arma-filled future.