A ton of new games made their debut at The Game Awards 2021, but one of the most exciting new-generation games was ARC Raiders, a new first-person shooter from former EA and DICE developers and executives.

This sci-fi third-person shooter pits you against AI robotic enemies who are falling from orbit relentlessly with no signs of slowing down. With weapons, gear, and equipment, you and your fellow squadmates and friends will need to team up and use the environment to your advantage to take out the threats. Those threats that fall from the sky and roam the land range from small drones to hulking great metal monstrosities.

But, what do we know about the game since its captivating reveal trailer set to Robyn’s ‘Dancing On My Own’? Read on to know more about Embark Studios‘ first title as a studio ahead of the ARC Raiders release date sometime in 2022.

ARC Raiders is set to release in 2022 for PS5, Xbox Series X|S, and PC, and will be free-to-play. We don’t have a specific date just yet, but given how many details we have about the game (thanks Geoff Keighley!), it’s likely we’ll see a release in Q3 or Q4 of this year.

The game will not release for last-generation consoles.

The set-up to ARC Raiders’ story is that you are a Raider, enlisted to fight and resist mechanised threats from ARC that are descending from the skies.

It isn’t clear if the game is set on a futuristic version of Earth or a distant planet in space, but more details will likely be shared as we get closer to launch.

ARC Raiders is a PvE third-person shooter where you and your friends team up and use tools and gadgets, as well as weapons to take on the aforementioned robotic threats.

Within the gameplay trailer we see traversal tools like a jetpack, and gear like a grenade launcher. A press release also reveals that the game will have loot to collect and that you will be able to use the game’s physics system to your advantage. 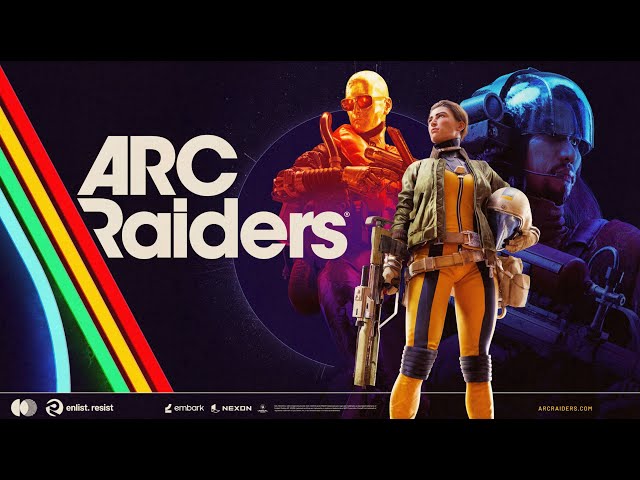 More will be seen from Embark Studios’ first game in 2022, but for now be sure to catch up on other new-gen games, including the upcoming PS5 games and upcoming Xbox Series X games.