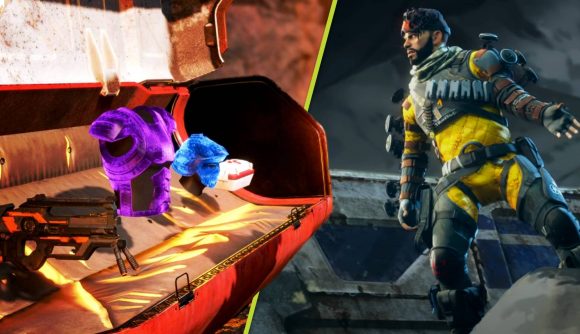 Apex Legends players, both new and old, will know how important looting is to a successful game. We all have our favourite guns and there is the Apex Legends weapon tier list to think about too – sometimes, the weapon you like just isn’t the best gun to use in the current meta. Thankfully, Respawn Entertainment is giving Apex Legends players more ways to get high-tier loot in Season 13 through the introduction of Smart Supply Bins to Storm Point.

If you’re wondering what a Smart Supply Bin actually is, you’re not alone. Speaking to the press, senior game designer Samantha Kalman has explained that this is a new type of Supply Bin that’s always going to give you better equipment and weapons – no matter what.

The concept of ‘smart loot’ isn’t new to Apex Legends, though. Storm Point’s wildlife nests all offer Smart Loot Drops – meaning that they will drop “attachments and ammo for your squad based on your weapon loadouts”, according to Respawn Entertainment’s Storm Point map blog post.

However, it’s clear that Respawn wants to build on this concept and take it to the next level with the Smart Supply Bins it’s implementing in Season 13. We don’t know how substantial the upgraded rewards will be, but we’re certain that they will be more substantial than what you’d find in a Prowler Den. Why? Well, the risk is higher – and we all know that the bigger the risk, the bigger the reward.

Apex Legends’ Smart Supply Bins are only going to be available in one of the new IMC Armory locations, at least for the time being. These locations “are basically a map toy mini-game”, according to Kalman. “Players can enter and activate them, and this will initiate a sixty-second timed combat encounter fighting waves of Spectres.”

If you manage to survive your fight against the onslaught of automated infantry, you’ll be rewarded with an increasing number of Smart Supply Bins, depending on how many waves of Spectres you managed to get through in the minute.

Kalman expressed that Smart Supply Bins are a fantastic way to get “a decent random weapon and a great starter kit” as well as late-game upgrades that could help you nab an all-important win. We know there’s an Apex Legends weapons tier list to keep in mind, but it looks like stopping in for some Smart Supply Bins is going to be a must in every game on Storm Point. If you’re looking forward to checking this new feature out, keep an eye on our guide to the Apex Legends Season 13 release date – that’s when you’ll be able to.