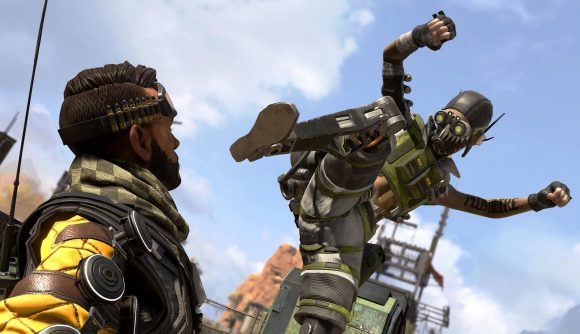 Whether you believe it or not, Apex Legends has always had skill-based matchmaking. From the game’s launch in February 2019, the controversial feature has been pitting similarly skilled players against one another in both casual and ranked Apex Legends. And, it turns out it works.

According to game director Chad Grenier and design director Jason McCord, who spoke at great lengths to VG247 about all things Apex, the development team has “concrete evidence” that skill-based matchmaking has a positive effect on the game. In fact, the Respawn team has been collecting data on it for a while, including for matches where it was turned off for a bit.

Of course, there are always going to be players who detest the feature. It is, after all, the same with most online games out there that have a split between the casual and competitive player base. However, the dev team insist that the complaints surfacing about SBMM come from the minority.

McCord goes on to explain if you’re playing late at night in a place like Iowa and you’re getting stomped by Apex Predators when you’re in platinum, then you’re being matched against a smaller pool of players than normal. Respawn could expand the pool a little bit, but then players would likely suffer ping issues or long waiting times, which, let’s be honest, is enough to put players off.

Of course, there are some exceptions to the rule but Respawn is constantly tweaking the system by the sounds of it to make a truly streamlined experience for all.