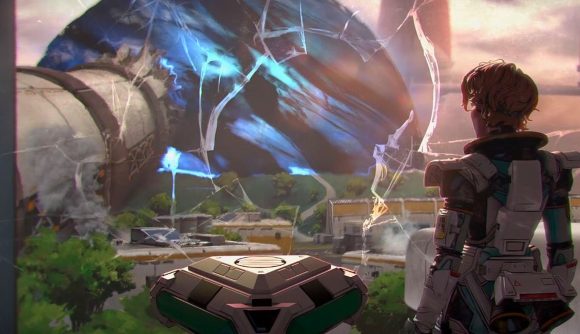 Respawn has finally announced details about the next season of Apex Legends, and it’ll introduce a new map, a new legend, and will add some form of vehicle into the game.

Season 7 in Apex Legends will be titled Ascension and will see the battle royale’s third map, Olympus, drop. Described as a “beautiful, lush city in the clouds,” Olympus sounds like it’ll have a bit of a different vibe to the harshness of Kings Canyon and World’s Edge. We’ll just have to wait for a first look at the map to confirm these suspicions, though. There will also be a fresh way to traverse Olympus with Apex Legends’ first crack at driveable vehicles. While the image doesn’t give much away, it appears that a small ship called The Trident will allow you and your squadmates to hop in and cover ground quickly.

And, of course, with every new season comes a new legend. And this one is a right bonnie lass who has been teased by Respawn for a wee while now. Scottish astrophysicist Dr Mary Somers, who has the much catchier in-game name of Horizon, will become the game’s 15th legend in Season 7, and her skill set includes a “mastery of gravity.” We’re still awaiting the specifics on her abilities, but expect some floating.

Her introduction video shows her as a revolutionary scientist who travels through space to retrieve some kind of crystal, only to be betrayed by what appears to be her assistant. However, she uses the one crystal in her possession to create a black hole which she uses to travel back to Olympus. At least, that’s how we see it.

Apex players who play regularly with pals will also be pleased to learn that the new Clubs feature is also dropping in Season 7. The exact details are yet to be confirmed, but Clubs will allow you to “find like-minded players, build a community, and rise together.” Our guess is a system not too far away from Destiny 2’s clan system.

With Season 7 dropping on November 4, more information on Ascension’s new features will likely be just round the corner.