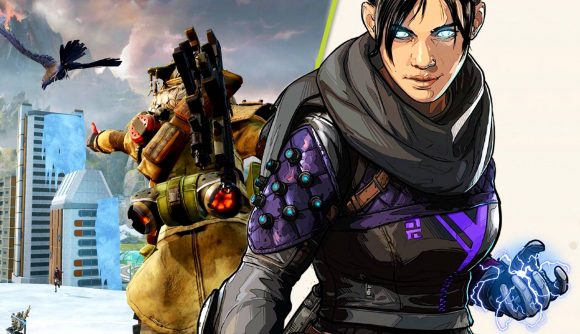 If you’re looking forward to jumping into Apex Legends Mobile, you won’t have long to wait – Respawn Entertainment has been rolling its’ free-to-play mobile shooter for months now. However, if you want to climb the Apex Legends ranks – on mobile, anyway – you should be warned: Apex Legends Mobile is mocking players who derank.

Apex Legends’ ranked system is a cruel mistress, at times, and early footage of Apex Legends Mobile’s ranked system suggests that things are going to be same on your phone. Reddit user ‘Prakeet_khr‘ is one player that has shared their experiences with the mobile game’s ranked system. When they found themselves deranking, from Master 1 to Diamond 1,  they were met with the following message: “Your rank dropped. Such a pity!”

Laced with sarcasm, this isn’t exactly the supportive message players are going to want to see when they’re faced with defeat – however, fans online are finding the whole thing hilarious.

“I want a game that insults me for everything I do”, “please add this to the real game”, and “LMAOOOO they gotta add voicelines to go with it” are just some of the comments on the Reddit thread where Prakeet_khr shared their experience.

At the moment, there’s no telling if this is the only mocking message Apex Legends Mobile will serve players who derank – but, we wouldn’t be surprised if there’s a few variations on this sentiment.

If you want to give Apex Legends Mobile a go yourself, you might have to wait – it’s only available on Android and iOS in the following regions: Australia, New Zealand, Singapore, Malaysia, Philippines, Indonesia, Mexico, Peru, Argentine, and Colombia. Respawn Entertainment hasn’t revealed when Apex Legends Mobile will be available more broadly – but, it’s worth keeping an eye on official sources for more information.

If you want to play Apex Legends on console or PC in the meantime, you should check out our Apex Legends tier list for recommendations on the best legends for battle royale. It’s never a bad idea to be over-prepared.