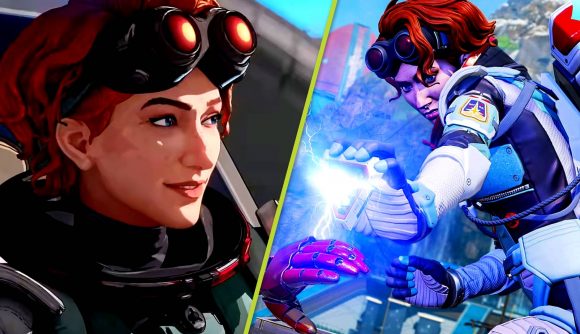 If you’re a Horizon main in Apex Legends, you’ll know how useful her tactical ability – Gravity Lift – can be. Reversing the flow of gravity, this ability lifts players 30 metres off the ground and throws them out into the air – which can be useful in both offensive and defensive situations. In its current form, Gravity Lift only pushes players up – however, that wasn’t always the case. Apex Legends’ lead software engineer, Chris Winder, has revealed that Respawn previously attempted to have Gravity Lift work in every direction.

In a Reddit post discussing legend buffs and nerfs, ‘mufasakong’ suggests a Horizon buff that would allow players to “attach [Gravity Lift] to any surface”, which would push players in the direction the tactical is facing.

Responding to this, ‘RV-GameplayChris’ – who we identified as Winder – reveals that Respawn actually tried this while developing Horizon and her kit. “We tried this! It was crazy! And unpredictable”, Winder says. However, it was simply “not that fun” when you take into account just how varied the terrain is in Apex Legends’ maps.

In the replies to this revelation, fans continued the discussion, suggesting several solutions to this problem. Reddit user ‘Roonerth’ suggests a change that would allow Horizon players to rotate the direction of the Gravity Lift in their hand before using it – an idea that proved popular among fans. However, other fans highlighted the issues this could cause – and how easy it would be to catapult yourself off the map.

Sharing more on Respawn’s experimentations with Horizon’s Gravity Lift, Winder explains why this wouldn’t actually be an issue.

At an angle, Horizon’s tactical ability would be a lot tamer than fans expect, based on what was tested before she was released. “It didn’t launch you but [it did] hold and push you in low gravity in the direction of the lift towards the end.” Respawn decided that a “quick and reliable tool to get up” was more useful than a directional low-gravity lift.

Introduced to Apex Legends in Season 7, Horizon has been comfortably mid-table when it comes to pick rates, according to Apex Legends Status. Do you think these changes would help Horizon climb our Apex Legends tier list – provided Respawn could work out the kinks? We’re not so sure.