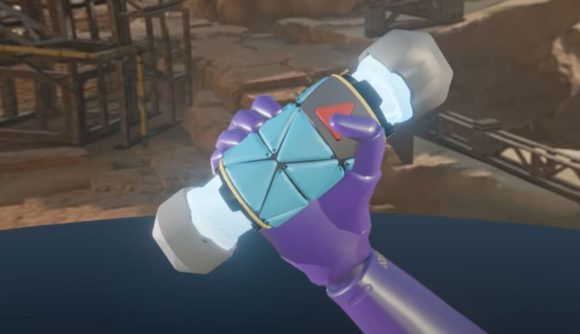 Apex Legends Season 10 has got off to a relatively good start, devoid of any major game-breaking bugs. But while Respawn is already working on nerfing Seer’s abilities, the community’s attention has been drawn elsewhere.

That’s because ‘Shrugtal‘, a notorious Apex Legends dataminer has uncovered references in the game’s code to a new grenade. This grenade is apparently called the “Cryo” and it looks like a Thermite grenade, but with an icy-blue colour scheme.

Shrugtal says he spotted this when a new point of view model was added to the game, but believes it to be in “very early dev status” based on the dull skin colours. However, another Apex Legends leaker ‘iLootGames‘ says this grenade is actually being playtested right now and instead of burning players, it actually “freezes” them.

If added, the Cryo would be the first grenade to be added to the game since launch, and the first to possibly slow or stop a player in their tracks. Shrugtal says there’s an element entry for “cryo_freeze_progress” which also suggests there is some sort of ticking damage range to the grenade too – possibly like Destiny 2’s Stasis grenades.

This addition would really shake up the Apex Legends meta without messing too much with weaponry.

If we’ll see it though remains to be seen.