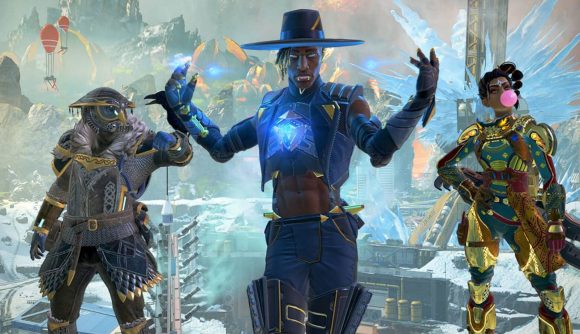 In a recent AMA on Reddit, Ryan K. Rigney, Respawn’s director of communications, says the long-awaited feature will be making its way to the game next year. While that might sound quite far away, it seems Respawn has had an absolutely nightmare trying to get it sorted.

“Cross-progression is gnarly as hell in terms of being a problem to solve,” Rigney says in the AMA, which you can read here. “It’s not only that you have to solve the technical challenge of merging existing accounts, but there are also legal and contractual issues to navigate with purchasing on other platforms. Different regions have different laws. It’s a mess, but we’re working on it, and we’re committed to delivering it.”

2022 might be quite far away, but it sounds like the team are working pretty hard on it, making the feature even more sweeter when it eventually drops.

Rigney also gave an update on the next-gen upgrade, which should give Apex a much-needed graphical update for PS5, Xbox Series, and PC players. The update, which is meant to give a performance boost up to 1440p, was announced late last year.

“Oh man, I wish I had an update to share but we can’t say anything definitive at the moment,” Rigney says. “Trust us though, it’s in the works and we’re excited about it too.”

So there you go, Apex Legends cross-progression and next-gen enhancements are in the works – we just might have to wait a little bit longer for them. While you wait, make sure to brush up on your knowledge of the Apex Legends Arenas ranks and the Apex Legends tier list for Season 10.