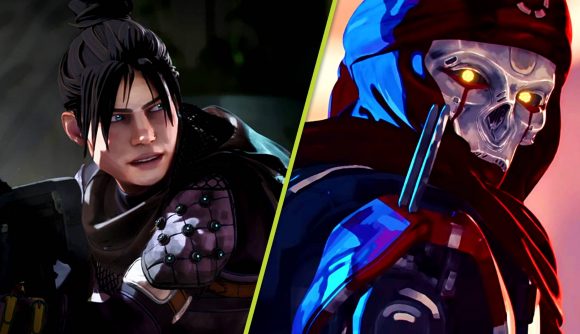 Apex Legends players have been aware for a while now that Loba’s ultimate ability, Black Market Boutique, can be used to destroy a Wraith portal when placed directly on top of it. However, recently, players are discovering that she’s not the only one with an unusual counter for a Wraith portal in Apex Legends. Both Revenant and Maggie can also use their abilities to get rid of Wraith’s Dimensional Rift.

Reddit user ‘RossBobSquirrel’, someone known for finding interesting mechanics and glitches in Apex Legends, reveals that Revenant’s Death Totem can be used in the same way as Loba’s Black Market Boutique to destroy a Wraith portal. All you need to do is use the ability and place the Death Totem on the same spot as the portal.

With the revelation that another legend can counter Wraith’s portals, Redditors dove into the comments to share their findings when it comes to the rest of Apex Legends’ roster.

Interestingly, it looks like Apex Legends’ newest face is the only other legend who can combat it. If you launch Maggie’s Wrecking Ball into an open Wraith portal, it seems to destroy it on the way through. Reddit user ‘Artur09YT’ has shared a clip of this in action – although, it looks it’s like more of a gameplay bug than an intentional counter.

Unusually, Wattson’s fences and Interception Pylon have no effect on Wraith’s portals. Similarly, there’s no evidence to suggest Caustic’s gas mines, Pathfinder’s zipline, or Rampart’s fences have any effect either.

It’s an unusual counter, and who’s to know if it’s even meant to be one, but Wraith is one of the most popular legends in our Apex Legends tier list and is regularly one of the most-picked legends at all levels of Apex Legends’ ranked mode. Knowing how to dismantle her portals will be more handy than you might think.