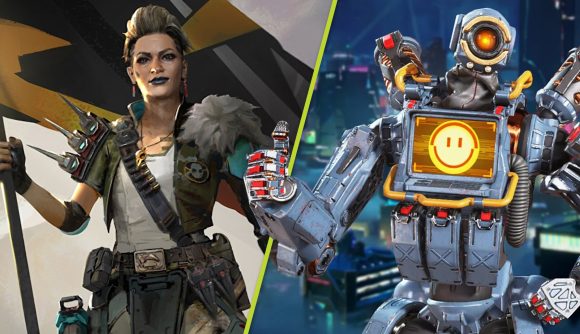 Apex Legends recently turned three years old, and in that time it’s built itself up from ‘the plucky battle royale that launched with zero marketing’ to one of the biggest competitive FPS games in the world. There’s been a lot of landmark moments and some tough obstacles to clear in those three years, and in an interview with The Loadout, game director Steve Ferreira discusses both the biggest achievement and challenge faced by the Apex Legends team since its launch in 2019.

“It’s hard to pick one [achievement] because there’s so much the team has accomplished and is excited about with Apex,” Ferreira says. “However, I think at the end of the day we all do this because we want to make games that everyone can enjoy, so I would say that crossing the 100 million player mark last year was a particularly memorable moment for us. Knowing that the game you love making and playing has reached that many people in the world is an amazing thing.

“We’ve continued to grow since then, and I don’t see us slowing down any time soon. It’s wonderful to be able to share something you love with so many people.”

When it comes to challenges, though, Ferreira opts to speak more generally about an ongoing battle in Apex’s development, rather than an individual update or moment.

“Finding the balance between pushing really hard to accomplish all the things the team is so passionate and excited about with the need to maintain a healthy team for the long haul is one of the hardest things to do in a live game,” he says. “It’s also the wonderful thing about a live game, that we get to continue building and evolving the game everyday. It’s also easy to become our own worst enemies and try to do too much too fast. Pacing development based on what’s best for the health of the game and the team is something we work at every season.”

With many development teams pivoting to remote work because of the global pandemic, finding a work/life balance at the moment has proved tricky, but it’s clear the team at Respawn is doing its best to avoid burnout overall.

Stay tuned for more insight on the past, present, and future of Apex Legends with Ferreira and senior design director Evan Nikolich throughout this week, including launching the next-gen and mobile versions of Apex, the evolution of the game and the Titanfall universe, and much more.