Since becoming a global phenomenon during the pandemic-hit summer of 2020, Among Us has continued to give groups of friends and family a way to have some ridiculously hectic fun, regardless of the distance they are from one another. Filling the spacesuits of the Among Us characters, players all over the world have shown just how loyal (or disloyal) they can be to their nearest and dearest all for the sake of victory.

Currently, the wildly-popular social sleuthing game has 12 different crewmates to choose from, each sporting their own color. While picking a particular shade won’t guarantee you a competitive advantage when attempting to figure out who the impostor is, it is a sure-fire way to make sure no two Among Us characters look alike while they’re cutting about completing tasks.

Fortunately, you don’t have to resign yourself to a monotonous expression of who you are as a player, as each of the Among Us characters can be customised in all sorts of ways. Slap on a cheese hat, zip up your Abominal Snowmate skin, and put your pet poro on a leash, now all of a sudden you’re a whole new crewmate… or impostor. 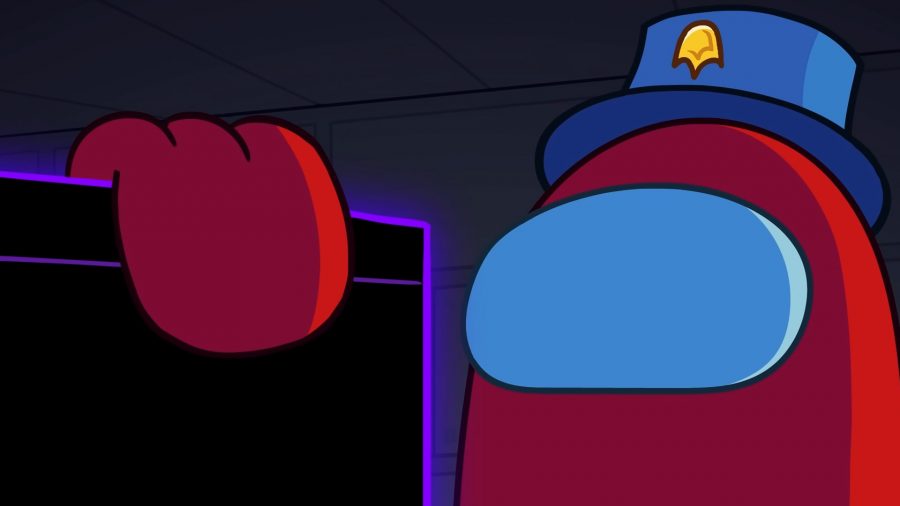 Within the various Among Us maps you’ll find tiny space suit-clad bean people with floaty hands – the crewmates of these various voyages are the Among Us characters. However, while peacefully going about their tasks, suspicious activity begins to occur. Slowly but surely, each member of the crew is picked off by a sinister impostor who has invaded their craft.

Over the course of the game, the Among Us characters must work together to figure out who among them is the impostor and jettison them into the abyss, or else face total annihilation. Through the power of deduction, these bean-based lifeforms slowly work through the possibilities – alongside a few accidental bootings of innocent crewmates – until they ultimately pin down their assailant.

Among Us character colors

Among Us characters don’t have a distinct name by default. In fact, they are commonly referred to purely by the color of their suit. However, players are able to change that by heading into the ‘Online’ menu, clicking ‘Enter Name’, and typing in their own desired alias. Make it count though, as you won’t be able to switch mid-round.

Here are the 12 Among Us character colors:

And there you have it, every Among Us character in the game right now. Although the characters aren’t distinct from one-another outside of their differently-colored suits, players all over the world have ascribed their own personalities to each of these little worker beans.